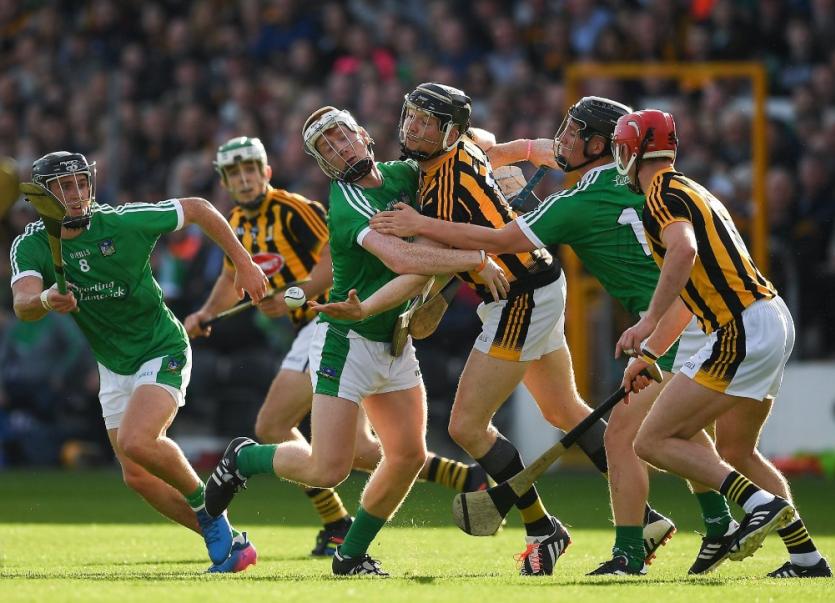 BOTH Limerick and Kilkenny have made two changes to their teams for Sunday's All Ireland senior hurling championship quarter final.

John Kiely reintroduces Sean Finn and Darragh O'Donovan. Both didn't start last Saturday in the 24-point win over Carlow as they had picked up slight knocks in the defeat to Clare but the duo proved their fitness when introduced during the second half in Netwatch Dr Cullen Park.

The selected Limerick team is the side that started the drawn Munster SHC tie with Cork in Pairc Ui Chaoimh.

Richie McCarthy and William O'Donoghue take their places among the Limerick substitutes, where there is another change with David Dempsey replacing Barry O'Connell.

Sunday will be Limerick's six game of the championship - Nickie Quaid, Diarmaid Byrnes and Dan Morrissey have played every minute of action in the five games to-date. A backdone of 11 players have started all games so far.

Limerick used 26 different players over the course of the championship. Paul Browne (injured) and Tom Condon (suspended) weren't available for selection. Also not making the matchday panel is Barry Murphy, one of the 26 to have seen action earlier in the campaign.

Six of the Limerick team were part of the U-21 set-up that defeated Kilkenny in the All Ireland U-21 final last September. Kilkenny have just two of their starting team from that U-21 final in their senior side - Richie Leahy and Billy Ryan.

Limerick and Kilkenny met in the All Ireland SHC Qualifier last July - nine of the Limerick team remain in situ, while there are 10 Kilkenny survivors.