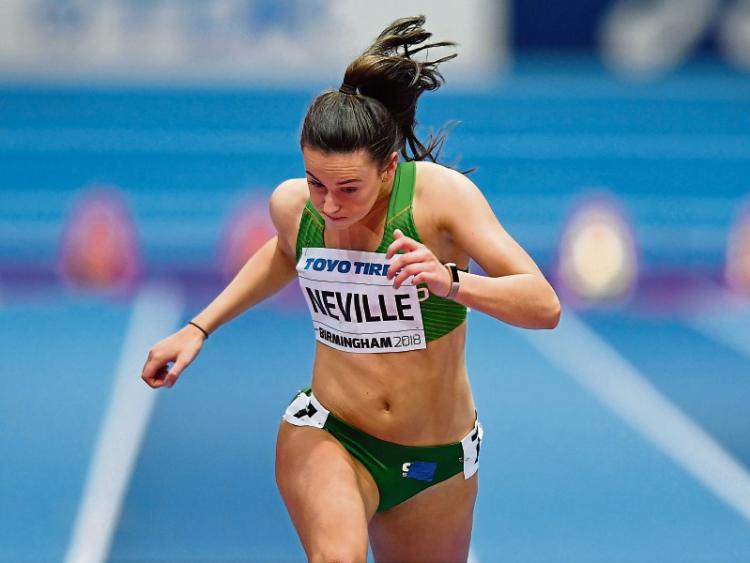 LIMERICK athlete Ciara Neville finished in fifth place in her 100m semi-final at the IAAF World U-20 Championship at Tempere, Finland this Thursday afternoon.

Neville clocked a time of 11.70 in her semi-final, behind winner Kristal Awuah, of Great Britain, who ran 11.37 on a damp running track.

The top two finishers, plus the two fastest losers from the three semi-finals, qualified for Thursday evening’s 100m final at the IAAF World U20 Championsips.

The Emerald AC athlete’s performance saw her finish in 16th place overall among the 24 semi-finalists.

Neville’s Ireland team mate Gina Akpe-Moses qualified for Thursday evening’s 100m final as one of two fastest losers after clocking 11.51 in finishing third in her semi-final.

Eighteen-year-old Monaleen athlete Ciara Neville had run 11.54 in finishing second in her first round 100m heat on Wednesday.

Neville, who completed her Leaving Cert at Castletroy College recently, is due to compete in the heats of the 200m at the World U-20 Championships at Tampere on tomorrow, Friday.

The Limerick teenager has been drawn in lane seven in Heat 4 which is due to begin at 10.21am Irish time on Friday.

The first four athletes home in each of the 200m heats, plus the four fastest losers overall will qualify for the semi-finals which are due to take place at 6pm Irish time on Friday evening.

Ciara Neville’s personal best for the 200m is also her seasonal best, a time of 23.79 recorded in Tullamore last month.