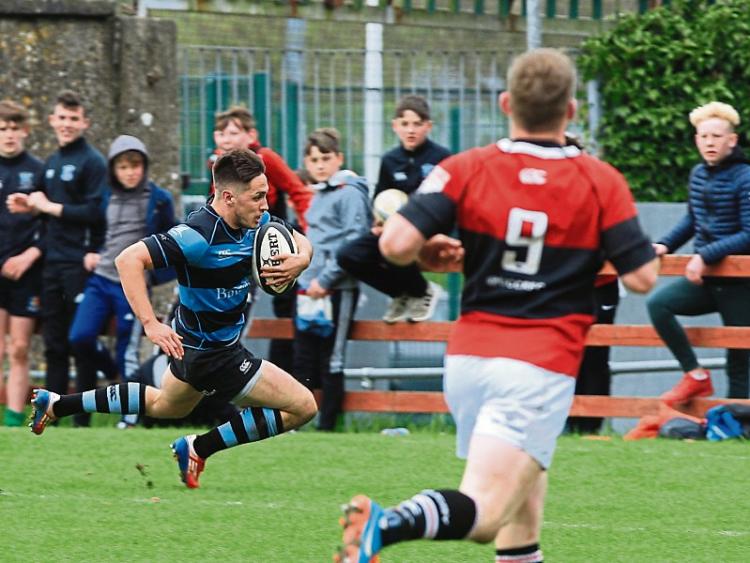 LIMERICK rugby player, Greg O’Shea, of Shannon, is included in the Ireland Men’s 7s squad which will complete in this month’s Rugby World Cup Sevens in San Francisco.

The tournament features the world’s top 24 men’s and 16 women’s teams and will be played from July 20-22 at AT&T Park in San Francisco’s Bay Area.

Twenty three-year-old Greg O’Shea, who has been a member of the Munster Academy, impressed for the Ireland 7s teams in a number of international events in recent seasons.

The tournament format for the Rugby World Cup Sevens in San Francisco is a knock-out style draw, meaning teams will have to win every match in order to be crowned World Cup winners.

The opening round is an initial knock-out qualifier featuring the nations ranked ninth to 24th, while the top eight seeds progress automatically to the round of 16.

Ireland were ranked 16th and will face Chile in their opening fixture, with the winners going on to face World Series Champions South Africa in the last 16, while the losers will move into the Bowl Quarter-Finals.

The Men’s 7s Programme has shown great progress over the past number of seasons. They entered the lowest tier of Rugby Europe in 2015, and have made their way up the levels to reach the Grand Prix series last season, where their top 3 finish saw them qualify for the Rugby World Cup Sevens, as well as the World Series Qualification tournament in Hong Kong, which took place in April. Ireland narrowly lost out in the Semi-Finals to eventual winners Japan.

The side were also invited to compete at the final two rounds of the World Sevens Series in London and Paris this season, and they left London with a Bronze medal, a first for an invitational side on the Series and finished in the top 8 in Paris.

All of the players selected in the 13-man squad gained experience on the series this season, and have also helped Ireland to win the opening two rounds of the Rugby Europe Grand Prix in Moscow and Marcoussis, while they picked up the bronze medal this weekend in Exeter.

The squad is Captained by UCD’s Billy Dardis, and he is joined by UCD clubmates Hugo Keenan, Harry McNulty and Jimmy O’Brien.

There are three Lansdowne players in the side, with Ian Fitzpatrick, Foster Horan and John O’Donnell all members of the All-Ireland League winning club.

Shannon clubman O’Shea is named in the side, as is Cork Constitution centre Shane Daly.