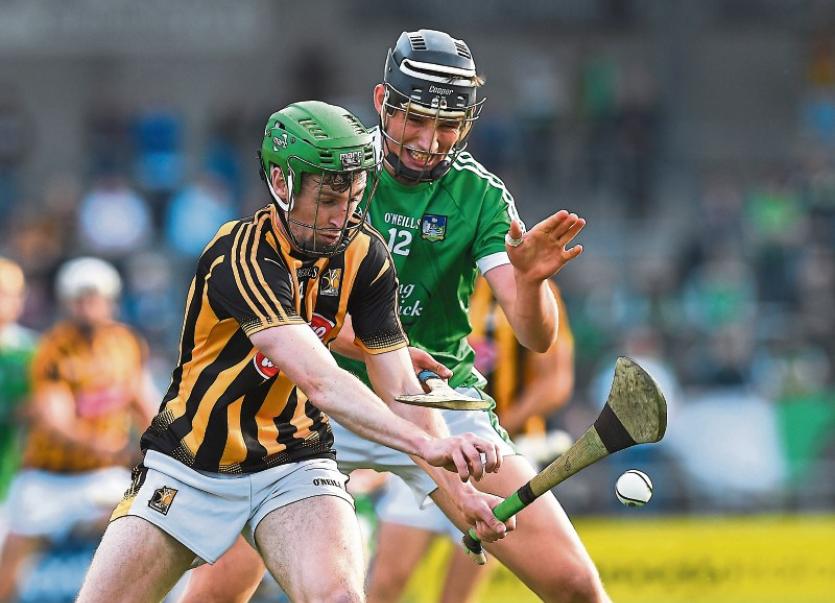 IT’S Limerick and Kilkenny for a fourth time in seven years in the All Ireland SHC.

The sides meet next weekend at the quarter final stage just over a year since Brian Cody’s side ended Limerick’s 2017 season in an All Ireland SHC Qualifier in Nowlan Park.

Indeed the ‘Cats’ also ended the Limerick campaigns of 2012 and 2014, which was the last quarter final meeting of the counties.

Croke Park GAA officials will confirm the fixture details this Monday afternoon for the 13th championship meeting of Limerick and Kilkenny.

There is much to be confirmed – Saturday or Sunday and either Semple Stadium or Pairc Ui Chaoimh.

A double-header with the other quarter final between Clare and Wexford is also an option.

Live television coverage has also to be considered on a weekend that also has four Super 8 All Ireland SFC games and the FIFA World Cup final on Sunday (4pm).

Limerick booked their place in this quarter final with a 24-point win over Carlow on Saturday, while Kilkenny suffered a 1-28 to 3-15 Leinster SHC final replay defeat to Galway yesterday.

When John Kiely’s men meet Brian Cody’s side, the prize on offer will be a Croke Park semi final against Cork or Galway on July 28/29.

“For us, it’s all about next week, we go back to the training ground Tuesday and Friday night and get as ready as possible for our next big outing. Obviously, there’s going to need to be a huge step up again next round and that’s what our focus turns towards in the quarter final,” said Limerick manager Kiely.

“It is big, although it’s no different to any game we played in the round robin in Munster and the series of games in the league against Galway, Tipp and Clare. There’s no real difference to it in that regard, it’s just coming into a different time of the year. It’s a case of getting as ready as we can to put in as good a performance as we can and have a real good go off it,” he said.

Kiely was in Croke Park and Thurles to see both the drawn and replayed Leinster finals.

“At the end of the day, it’s more about us than it is about the opposition, if we can get ourselves right, we’ll let the rest take care of itself but it’s always nice to see where other teams are,” said the Limerick hurling manager of the quarter final opposition.