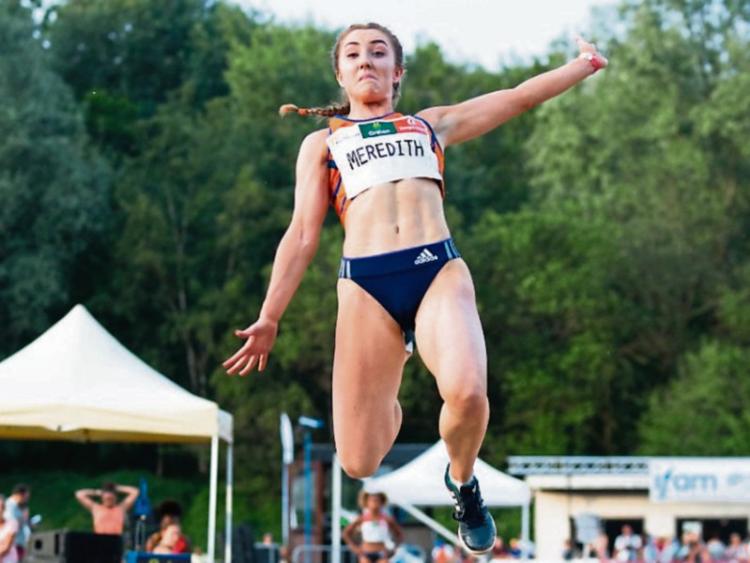 Limerick's Sophie Meredith, who is competing for Ireland at the European U-18 Athletics Championships in Hungary

LIMERICK’S Sophie Meredith is competing in the long jump in the European U18 Athletics Championships in Hungary.

Seventeen-year-old Meredith, from Newcastle West, competed in the qualifying round of the long jump in Gyor on Thursday evening.

The highly rated athlete, a student at Scoil Mhuire agus Ide, Newcastle West, had a best jump of 5.79 to finish for a 15th place finish overall in a field of 25 competitors.

However, the Limerick teenager, who had a personal best of more than 6 metres, was three places and just nine centimetres short of qualifying for Friday evening’s long jump final in Hungary.

The top 12 competitors advanced to the final

Meredith, who competes for St Mary’s AC, Rathkeale, finished in sixth place in a high quality long jump competition, the 25th Bauhaus Juniors Gala in Mannheim, Germany in recent weeks with a leap of six metres.

This is Sophie Meredith’s first year competing in European competitions and the talented teenager has already competed in Belgium and Germany.