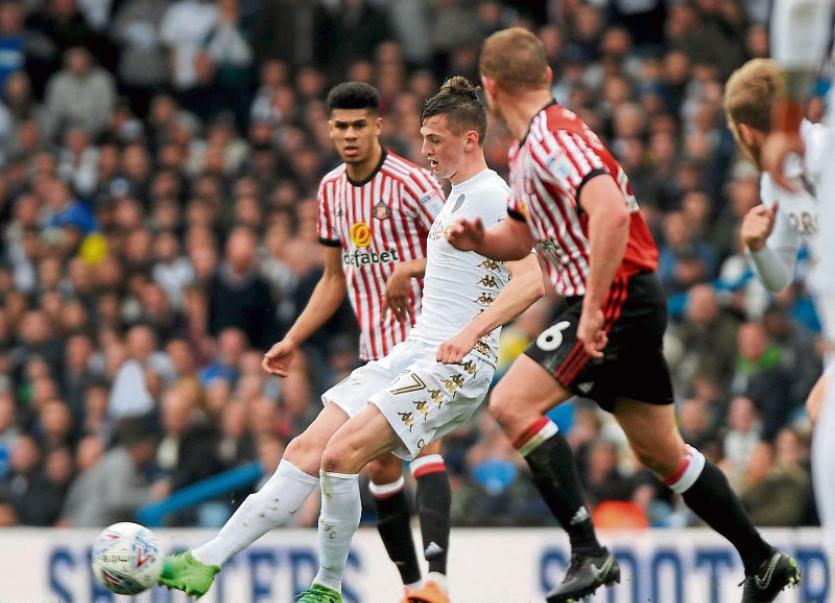 Twenty-year-old defender O’Connor, who made his first-team debut for English Championship giants Leeds against Sunderland in April and penned a new two-year contract at Elland Road just last week.

Ballybrown O’Connor’s deal at Leeds will run until the summer of 2020 and the club holds an option to extend this by a further 12 months.

Further Championship appearances for the Limerickman came against Preston North End, Aston Villa and Barnsley towards the end of the campaign.

Starting out for local side Kilcornan, to O’Connor also appeared for Breska Rovers and Regional United before being picked up for Limerick’s U19s and moving on to the club’s senior side.

Speaking about his loan switch to Blackpool, O’Connor said: “I’ve had a nice week of getting a new deal at Leeds and then getting the opportunity to come to a great club like Blackpool. I’m really excited to get in, meet the lads and get training. I’m looking forward to getting a full season of first-team football under my belt, hopefully.”

Paudie O'Connor speaks about his loan move to Blackpool from #lufc https://t.co/U2FZ3q8agU

Blackpool manager Gary Bowyer added: “I’m really pleased to bring Paudie to the club after what has been a really promising season for him at Leeds United. He’s an aggressive defender who has impressed in the four games he has played in The Championship and we’re really looking forward to seeing him continue his development with us.”