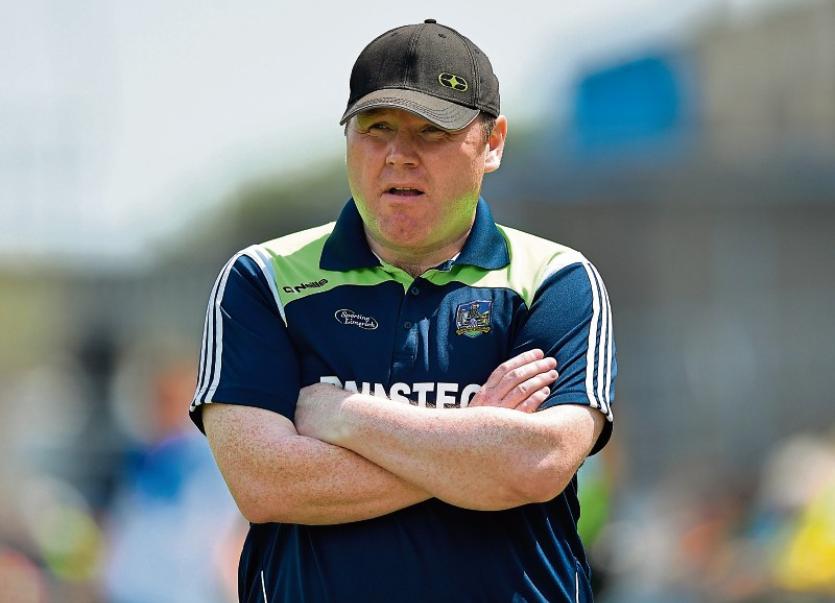 “WE are seriously gutted and the most disappointing part is that we didn’t go at it like the last three or four matches,” sighed Limerick minor hurling manager Antoin Power.

“In fairness Tipperary were deserving winners on the day and hats off to them - we were beaten in a number of areas over the field unfortunately,” said the Claughaun man.

Limerick trailed 0-12 to 0-7 at half time but Power felt his side lost a big chance to make an early impact in the second half.

“We crucially, after half time, missed four or five chances to get back into the game and when those didn’t go over we were chasing the game,” said Power.

“It’s hard to describe it - we were in the game for the first 10-12 minutes and then they hit five or six points afterwards and then that gap of four or five points was always there throughout and just after half time we missed four or five points and maybe one or two goal chances. At the end of the day we were beaten by a better team on the day,” said Power, who has coach/selectors in Alan Browne, John Meskell, Paul Dowling and Sean Og Herbert.

“A couple of lads just didn’t get going on the day and when three or four of your forwards aren’t hitting the ball over the bar, you don’t come out with victory.”

The manager accepts his side failed to get a foothold in the final.

“We were under savage pressure there and our half back line and full back line were under pressure for long periods of time but they defended very well but the scoreboard never lies and at the end of the day Tipp were the better side,” he said.

“​We were kind of creeping back into it but the goal finished us off really. We would be disappointed at not converting our chances - that four of five after half time and a couple of saves by the Tipp keeper.”

Limerick beat Tipperary, Cork and Clare to reach this final – they lost to Waterford.

“Five matches played and any other year you might have something won but it’s great experience for the lads and I am massively proud of them. They have put in a massive shift over the last five to six weeks with five matches,” stressed the manager.

Next up the new-look All Ireland MHC quarter final group phase. Limerick face Galway next Sunday in Thurles at 1pm and will also play Kilkenny.

Limerick will be hoping to be among the two of this trio to reach the All Ireland semi finals, where the young men in green would play Leinster champions Dublin on July 28/29 in Croke Park.

“A Munster final is a great day and hopefully the experience gained will stand to them but if we can get over Galway, who knows what can happen,” said Limerick manager Antoin Power.