Limerick set for historic hurling championship meeting away to Carlow 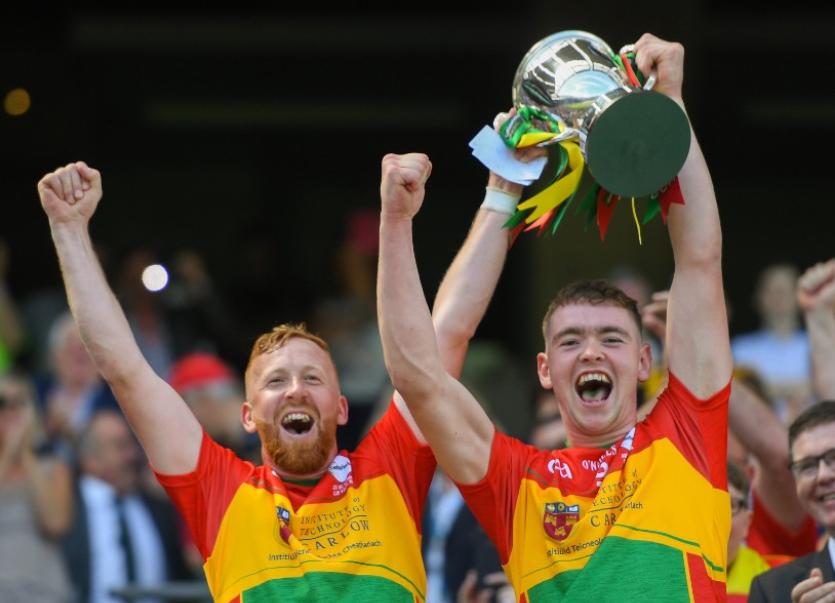 A first ever championship meeting with Carlow awaits as Limerick bid to kick-start their All Ireland senior hurling aspirations next weekend.

The All Ireland SHC preliminary quarter final will take place in Carlow’s Netwatch Dr Cullen Park next Saturday or Sunday. The fixture to be confirmed by Croke Park officials this Monday afternoon.

Also next weekend will be Limerick v Galway in the All Ireland minor hurling quarter final group phase.

Carlow booked their spot in the All Ireland SHC with a 2-26 to 1-24 Joe McDonagh Cup final win over Westmeath in Croke Park yesterday. That was a repeat of the Allianz League Division 2A final from back in March, which secured them promotion to Division 1B next season.

The prize on offer in Carlow will be a July 15 All Ireland SHC quarter final against the losing side in Sunday’s Thurles replay of the Leinster final between Galway and Kilkenny.

While Limerick and Carlow have no championship history, they did meet in the Allianz Hurling League in 2011 and 2013 – Limerick winning both times, with the 2011 meeting the last competitive senior hurling fixture for Limerick in Dr Cullen Park.

Carlow are managed for the last two seasons by former Tipperary All Ireland winner Colm Bonner.

John Kiely’s Limerick are two wins away from a July 28/29 Croke Park semi final against Munster champions Cork or the Leinster champions, with no preordained pairings. The two provincial champions play a quarter-final winner with a draw to determine pairings - subject to the respective provincial champions not meeting the defeated finalists from their own province at this stage and, where feasible, the avoidance of repeat pairings.

Limerick will be planning for the remainder of the season without midfielder Paul Browne. Over the weekend it was confirmed that the Bruff man has sustained a cruciate ligament injury – ending his season.

Limerick will also be without the suspended Tom Condon for the Carlow game.

Meanwhile, the Limerick minor hurlers bid to bounce back from yesterday’s Munster final loss to Tipperary when they begin their journey into the new-look All Ireland MHC quarter final group phase.