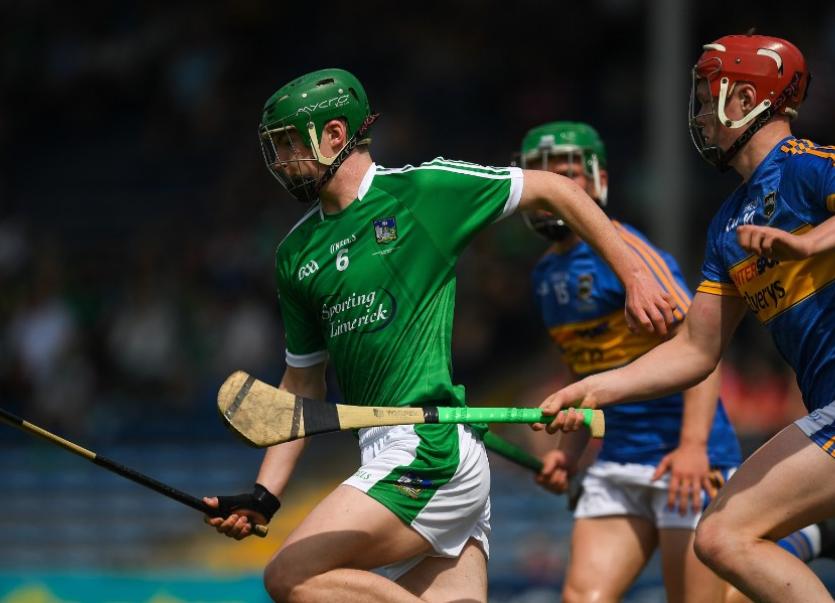 DEFEAT for Limerick in the Munster minor hurling championship final this Sunday.

The Antoin Power managed Limerick now advance in the round robin All Ireland MHC series - playing Galway next weekend and then another game against the beaten Leinster finalists Kilkenny. Two of this trio will reach the July 28/29 All Ireland semi finals in Croke Park.

Six weeks ago in the first of the four round robin games in the Munster MHC, Limerick had two points to spare over Tipperary but this time round, the men in blue and gold were worthy winners.

No goals in the half - Cormac Ryan coming closest for Limerick in the ninth minute but after creating an opening up the left his low drive was saved.

At the other end of the field, Tipp had three chances - Sean Hayes went close to goal in the seventh minute and then in the 20th and 26th minute goalkeeper Bryan Heavey had some anxious moments.

It was Limerick that had the early scores with Bob Purcell first of the mark after two minutes and then Cathal O'Neill had the first of his three pointed frees in the half to leave Limerick 0-2 to 0-0 ahead and four minutes not yet played.

But Limerick were to score just once more in the 19-minutes of action - an 11th minute pointed O'Neill free.

Tipperary took over in this spell with nine points inside 15-minutes.

Dangerman Sean Hayes accounted for three of this nine from play. James Devaney ended the half with 0-6 (3frees, 1 '65) for the Premier County.

Cormac Ryan finally ended the Limerick wait for a score and Patrick Kirby added another and it was 0-10 to 0-5 at the 24th minute mark.

In half where Limerick had just two wides, a pair of O'Neill frees ended the scoring for the teenagers in green in the opening half.

Limerick needed a good start to the half but had four early wides. Bob Purcell created a goal scoring opportunity in the sixth minute but his effort was saved in a crowded goalmouth.

Cormac Ryan had two points in the opening quarter for Limerick but the Tipperary scores kept coming and it was 0-16 to 0-9.

Another O'Neill free reduced the gap but Tipp hit back.

Barry O'Connor had a point - a shot that could have found the net but flew over in the 19th minute. Cathal O'Neil added to this score and the gap was back to five points with 10-minutes to play.

That all but sealed the title, although there was a late consolation goal for Bryan Nix.