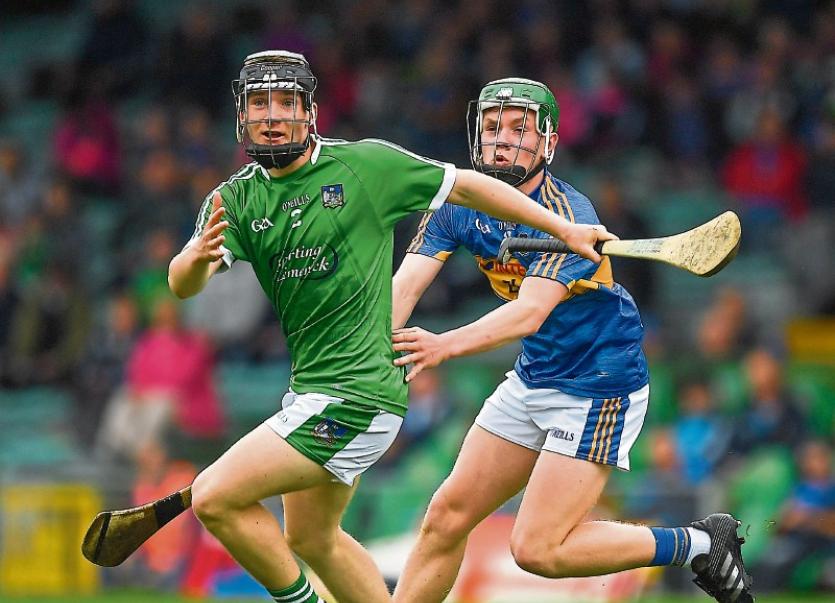 LIMERICK play in a fifth Munster minor hurling final in six years this Sunday in Thurles.

Six weeks after defeating Tipperary by two points in the first of four group games, the sides meet again in Semple Stadium in Thurles. Limerick’s 29th Munster MHC final appearance has an 11.30 start as the curtain-raiser to Clare v Cork in the Munster SHC.

They have used 23 players enroute to this final – 18 in starting roles. Among this group are Patrick Kirby and Diarmuid Hegarty – sons of Gary Kirby and Ger Hegarty, who were on the last Limerick minor hurling team to beat Tipperary in a Munster MHC final in 1984.

Limerick are captained by Kyran O’Donnell, but injury has prevented him from starting any game to-date - Jack Nicholas is vice-captain.

It was all change for the minor championship this Summer  – the age grade now U-17 and the format mirrored the senior hurling. Limerick arrive in Thurles as table toppers with three wins and one defeat. In round one Limerick had a 1-17 to 2-12 win over Tipperary.

Due to the age change, there was just one Leaving Certificate student in each panel – Bob Purcell (Doon) and Ryan Renehan (Cappawhite), who are both students of Doon’s Scoil na Trionoide Naofa.

Also in the Tipperary panel is Rory O’Donovan, son of Conor. Effin native Conor O’Donovan played for Limerick in the losing Munster minor finals of 1979 and 1980. He then moved to Nenagh and with Tipperary won a 1983 Munster U-21 title and was full back in their 1989 All Ireland SHC success.

In total Limerick have seven Munster minor titles – the last the back-to-back wins of 2013 and 2014.

Victory in the Munster final will ensure a All Ireland minor semi final on July 28/29 in Croke Park.

Defeat in the Munster final would see Limerick into the new quarter final group phase where two of the three teams  reach the semi final. The beaten Munster finalists play Galway on July 7/8 and then the beaten Leinster finalist (Kilkenny or Dublin) on July 14/15 or July 21/22 . See Page 3 for more.