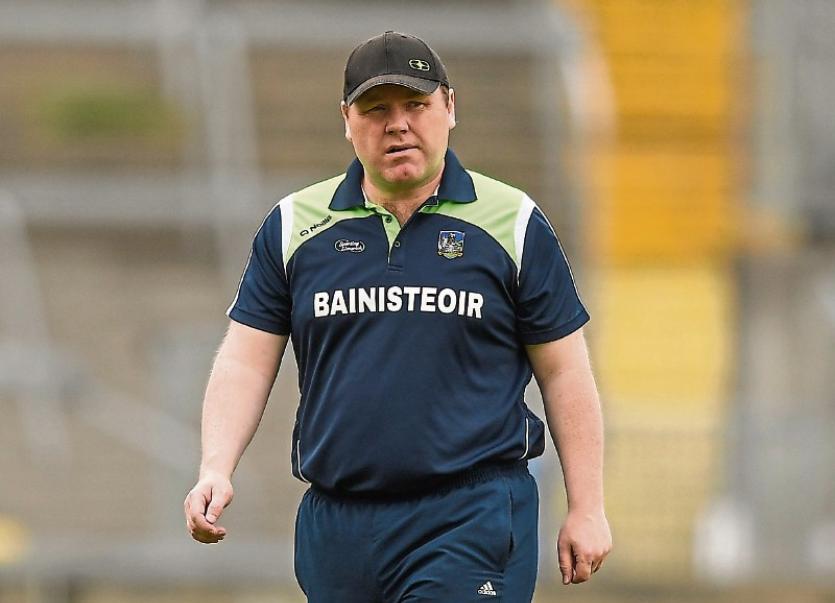 MINOR hurling manager Antoin Power expects “only a puck of a ball” to separate Limerick and Tipperary in Sunday's Munster Championship Final.

“There was only a puck of the ball in it the first day - if you look at Tipperary now they are at home in Thurles and that’s probably worth them another two or three points so the game is going to be 50-50, said the Claughaun man at the Limerick media briefing in the Gaelic Grounds this Tuesday.

“They have a 100% home record and we have a 100% away record, so something has to give on Sunday but I would say it’s going to be very tight and very close and I would say only a puck of a ball in it again,” he outlined.

Power was full of praise for his side.

“Of the 33 in the squad, seven of them are U-16 and for 16 and 17 year olds they have shown a lot of maturity and in fairness they are a great bunch - honest and hard working and have a good attitude and those three attributes go a long way, he said.

Power is in his fourth year with this crop of young talent.

”Myself Alan (Browne) and Paul (Dowling) have been with them since U-14 so this is our fourth year involved with them and we know them inside out, which is good because it takes a while for management to get used to players and vice versa – they have developed and improved year on year,” explained Power.

“For the last two weeks all we have been concentrating on was Tipperary and a Munster final - we don’t want to look beyond that because it’s a Munster final. Five out of the last six years Limerick have been in and hopefully we can come out the right side of the result - we are there to try and win it.”