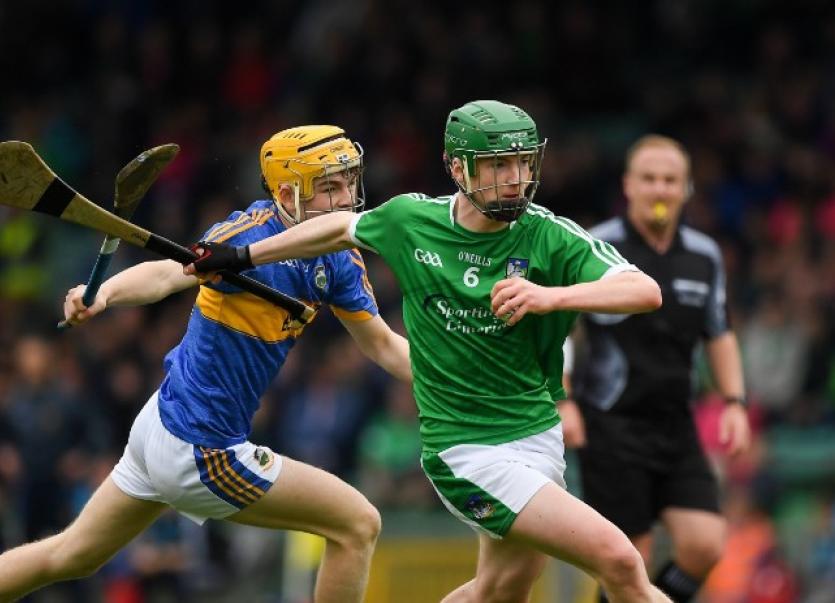 THERE is one change to the Limerick minor hurling team for Sunday's Munster Championship final with Tipperary.

Limerick go to Thurles to play Tipperary in the decider, which has a 11.30 start.

It's the third time in four years that the counties have met in the Munster MHC final - albeit the age grade is U-17 this season for the first time.

From the side that beat Clare in the fourth and final round group game, into the team comes Diarmuid Hegarty with Cian Casey dropping back to the bench.

The switch of Hegarty and Casey is also the only change among the substitutes from the win in Ennis.

There is no place for captain Kyran O'Donnell - the Pallasgreen man hasn't started any of the games due to injury and again misses out.

Murroe-Boher's Jack Nicholas captains the team in the absence of the injured O'Donnell.

Six weeks ago Limerick had a 1-17 to 2-12 win over Tipperary in the opening round game. Thirteen of that team starts the final with Patrick Kirby and Danny O'Leary the newcomers.

In total Limerick have used 23 players to reach this final - 12 players have started each of the four games so far.