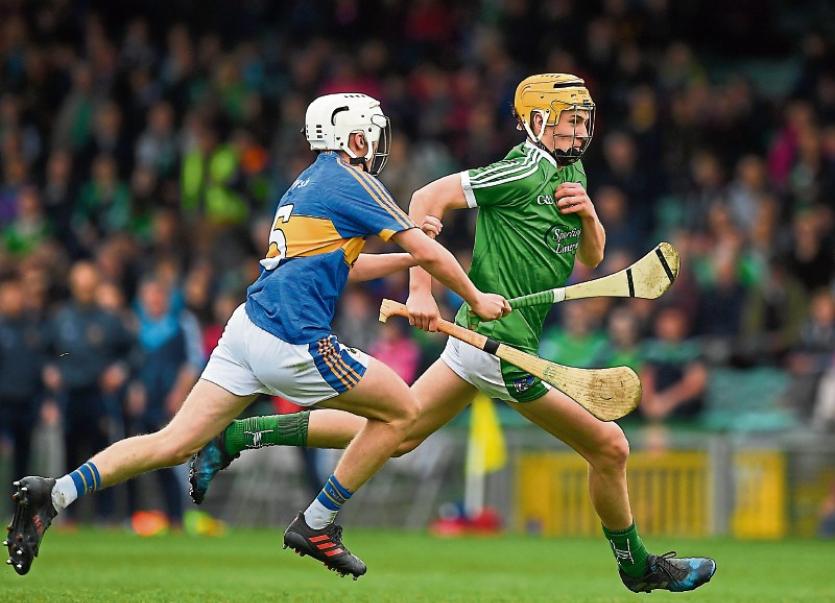 LIMERICK and Tipperary meet in the Munster minor hurling final for the third time in four years this Sunday.

It's a fifth provincial decider in six years for the teenagers in green but Tipperary have won the last two finals; 2016 and 2015.

Uniquely, it’s a 11.30am start for the minor hurlers of Limerick and Tipperary in Thurles – the curtain-raiser to the Munster SHC final between Clare and Cork.

It was all change for the minor championship this Summer  – the age grade is now U-17 and the format mirrored the senior hurling. Limerick arrive in Thurles as table topper with three wins and just one defeat. In round one Limerick had a 1-17 to 2-12 win over Tipperary.

They have used 23 players enroute to this final – 18 in starting roles. Among this group are Patrick Kirby and Diarmuid Hegarty – sons of Gary Kirby and Ger Hegarty, who were both on the last Limerick minor hurling team to beat Tipperary in a Munster final. Twelve of the team has remained unchanged throughout the four game run to the final.

In total Limerick have seven Munster minor hurling titles – the last the back-to-back wins of 2013 and 2014.

In reaching Sunday’s final, the Limerick teenagers have scored 4-71 – one goal in each of the four games. They have conceded 6-63. Ardscoil Ris Harty Cup winner Cathal O’Neill is leading the way with 1-33 (14frees, 5 ‘65). Cormac Ryan has 3-3, while Bob Purcell, the only panelist to sit the Leaving Certificate, has scored 0-11.

Former South Liberties senior hurling coach Tommy Dunne, is the Tipperary minor hurling manager. The 2001 All Ireland SHC winning captain has seen his side reach the final with two wins and two defeats. But still they have scored 11 goals and only conceded five. The scoring sensations for Tipp are Sean Hayes with 6-4 while free-taker James Devaney has 1-21.

Limerick are captained by Kyran O’Donnell, whom injury has prevented him from starting any game to-date so Jack Nicholas has stepped in as vice-captain.