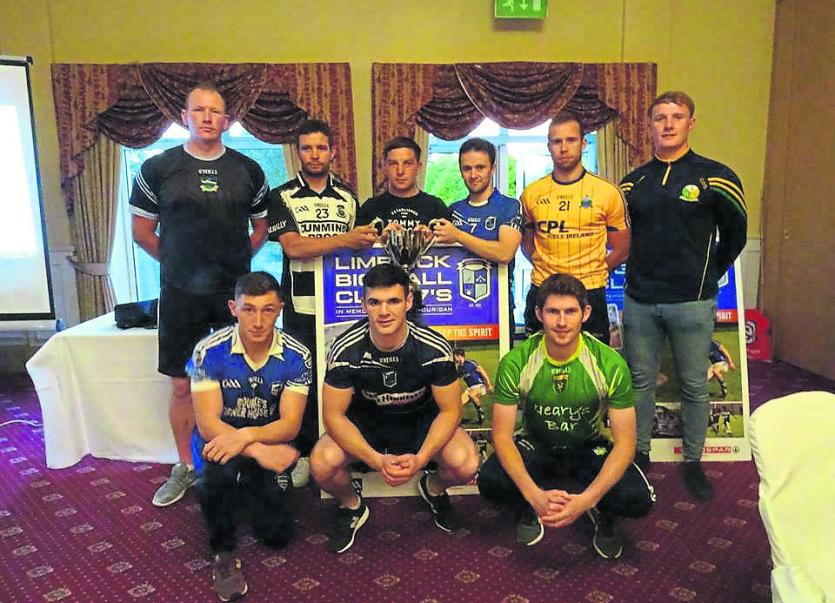 At the launch of the Limerick Big Ball Club 7s

It’s the third year of the seven-a-side Gaelic Football, which is run by Rathkeale GAA club in memory of Shane Hourigan.

There are 14 teams taking part his Saturday, with the action underway at 10am.

There are three groups with eight teams to reach the quarter finals.

Newcastle West are the defending champions, while Ballylanders were the inaugural winners in 2016.

Each game will be 10-minutes a-side, while each panel will consist of 10 players.

Champions Newcastle West are in Group B, from which three teams will reach the quarter finals.

Limerick SFC winners Adare are also in this group, along with fellow senior sides, St Kierans and Ballysteen and Limerick IFC side Mungret.

Host club Rathkeale, finalists in 2016 and semi-finalists in 2017, are in Group C. They will be joined by St Senans, debutants in the competition. City sides St Patricks and Monaleen complete this group.