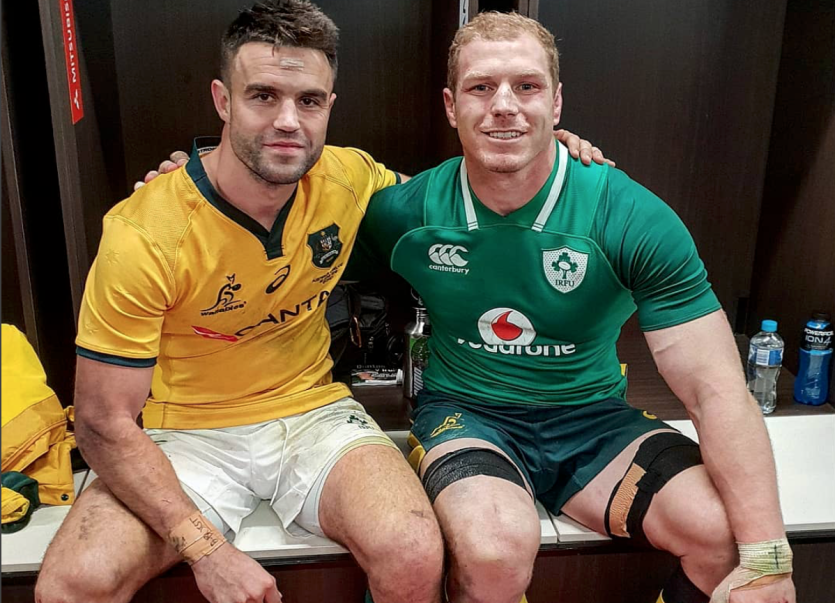 Shortly after Ireland's third test win over Australia yesterday, Conor Murray and David Pocock were pictured having swapped shirts. A normal enough event in the modern era of rugby.

As you can see from the above post. A young David Pocock arrived in Ireland back into 2005 with the Australian schoolboy side. The touring squad were billeted with some Limerick families and the future Australian team captain was sent to live with none other than the Murray's of Patrickswell.

Above is the picture taken at the time, when Murray would have been 16 and Pocock 17. Little did either know what the future held, but what a picture to have all the same for two of the most decorated men in World Rugby.