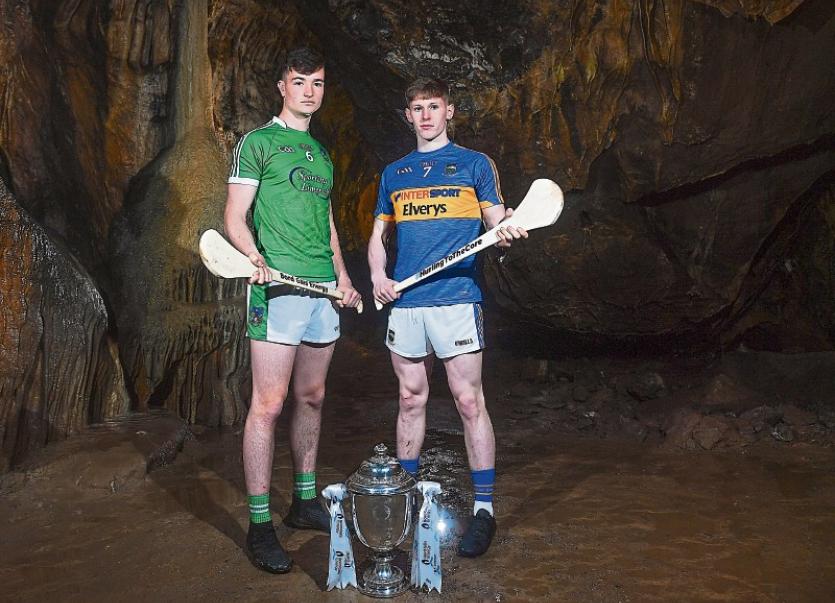 LIMERICK recommence their Munster and All Ireland U-21 Hurling Championship title defence this Thursday evening.

A third Munster U-21 hurling final appearance in four years is on offer when Pat Donnelly’s Shannonsiders travel to Thurles to play Tipperary.

The Semple Stadium semi final has a 7.30 start and will be televised live on TG4.

Limerick and Tipperary are battling to reach a July 4 provincial final against Cork.

And, in a format change this season, victory over Tipperary will also ensure an August Bank Holiday weekend All Ireland U-21 semi final against Galway or Wexford. The new format is as a result of Galway and Antrim joining the Leinster Championship and therefore all four provincial finalists will contest the All Ireland semi finals.

“It makes it all the more rewarding to get over it,” said Limerick manager Pat Donnelly of the prizes on offer against Tipperary.

“If you win, you are in the last four – it’s a huge carrot to get over them. You are then guaranteed two matches and one away from an All Ireland final so Thursday is massive,” stressed Donnelly.

Limerick are captained from centre back by Kyle Hayes, who played every minute of the four group games in the Munster SHC. Seamus Flanagan also started each senior game over the last five weeks, scoring eight points.

The duo are the only U-21s to start in the senior championship, but Barry Murphy did get game time as a substitute.

Casey didn’t feature in any Munster SHC games as he battles back to full fitness. He hasn’t played a competitive game since Na Piarsaigh’s All Ireland club SHC final replay defeat to Cuala on March 23 but looks set to return in this U-21 semi final.

While not ideal preparation, U-21 manager Pat Donnelly said that the seven had trained primarily with John Kiely’s senior panel since the Munster U-21 quarter final win over Clare back on May 7.

The U-21s have played Wexford and Waterford in challenge games since that impressive 3-18 to 0-13 win over Clare.

“They trained with them – we had them for the Wexford match and a couple for the Waterford match. They (senior management) have been fair to us – we couldn’t complain and the players didn’t suffer. They are training at a high level and that should bring them on,” said Donnelly.

While almost seven weeks ago since the round one win over Clare, Donnelly has taken positives from the Ennis win.

“It gave base of our team and we were happy enough with a good few of the lads. Playing the first round is a hard draw but once you get over it, it’s great. We are great to have a win under us in a competitive game. It is an advantage and we are happy that we have played a game, whereas Tipp are going in playing challenge games and you don’t really know where you are with challenge matches.”

Three years ago at minor level, Limerick and Tipperary met in the Munster MHC final – four late points denied Limerick a hat-trick of minor crowns; 0-20 to 0-17 in Thurles.

“I think we have eight of that team and looking at them, they will have maybe six max – most of their team is based on their minor winning team of two years ago,” said Donnelly, who was a selector in that minor team, which was managed by Leo O’Connor and coached by Anthony Daly.

“There shouldn’t be very much in it – we are just hoping it works out. Hopefully the senior boys come back ok – they are after a tough couple of weeks,” said the U-21 manager.

Limerick have a 37-man panel and all are fit, bar Paudie Ahern, who is ruled out with a knee injury.

A total of 18 different clubs are represented in the 37 strong Limerick U-21 panel with Kilmallock, Na Piarsaigh and Murroe-Boher all with four representatives.

See www.limerickleader.ie for a full on the whistle match report this Thursday evening.