On The Ball: I tried to support England, I really did - Donn O'Sullivan 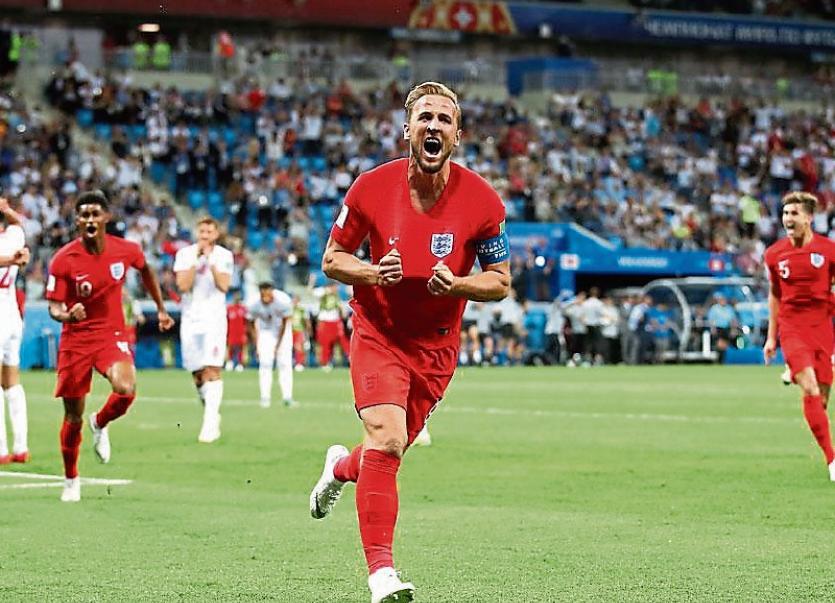 Harry Kane scores his second for England against Tunisia

I tried. I really did. I tried to support England on Monday night, but I just couldn't do it.

As a Liverpool fan, I spend 40 something weeks of the year supporting Jordan Henderson and Trent Alexander Arnold in their endeavours. So I am fully aware that I cannot just start hoping they lose all of a sudden once they wear the three lions.

Thankfully our country is growing up on a yearly basis, so we no longer have to hate England because they 'oppressed us' for 800 years etc.

So, Monday night, I sat down to watch England take on Tunisia in their opening game of the World Cup.

I started off on RTE, but had to change to the BBC after five minutes due to their complete lack of interest in the Tunisian team.

It was appallingly disrespectful to a team who managed to qualify for the World Cup. (More than our own of course)

Over on the BBC, Frank Lampard, Alan Shearer and Rio Ferdinand, like England, started well. They were modest, controlled and insightful in their analysis of the game.

Come half time however, the England hype machine had been turned up to 8.

When the final whistle blew, it was all the way up to 11.

Kane's two goals were greeted with the phrase 'Ronaldo, Harry is coming for you'

While there was also an 'England have played some of the best football in this tournament' comment which really boggled the mind. So, I did try, I really did. Maybe mute is the only way to watch the World Cup. I'll try that.