On The Ball: Swipe right if you love Limerick’s hurling! - Jerome O'Connell 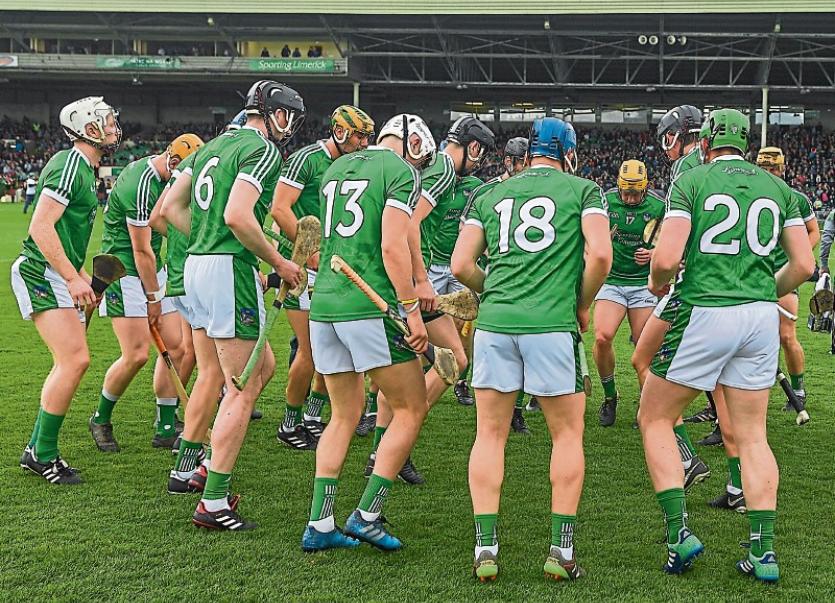 FOLLOWING the fortunes of the Limerick senior hurlers this season is akin to the dating game.

I remember the first glimpse – it was the night before New Years Eve in Mallow.

“It was like a Jekyll and Hyde movie,” said manager John Kiely of the 2-23 to 1-21 win over Cork in round one of the Munster Hurling League.

Kiely added: “There were times when we hurled extremely well and some of the play was very good and at times”.

That was the beginning of a nine game unbeaten run that saw Limerick win the Munster Hurling League title and then promotion out of Division 1B of the Allianz Hurling League.

The winning run was ended by Tipperary after extra time in the league semi final but back powered Limerick in the championship and Tipperary, Cork and Waterford have all failed to stop the blossoming relationship.

There was plenty sparkle during those league games with Limerick certainly catching the eye. But no one makes a move based on league performance!

Championship is different and those early signals were right.

It was tentative – no one quite sure what to expect but thankfully the spark was still there from those eye catching league displays.

Don’t rush into anything they said – play it cool.

Thankfully the second date was 13 days away – Cork.

Ciaran Carey doesn’t buy into the ‘play it calm’ mantra and proclaimed: “It’s going to take a serious team to beat Limerick this year. I believe their journey can go as long as they want it to go - I firmly believe that”.

While the first date was in the familiar surrounds of the Gaelic Grounds, the second date could have been outside the comfort zone with a visit to the Pairc Ui Chaoimh – a first night away!

All nearly went wrong with a couple of early set-backs but again the Limerick hurling story blossomed.

Getting serious now and no time to wait around – eight days later came the third date.

Back on home ground, it was time to dispel any lingering doubts.

It was all but flawless – 13 points to spare over last year’s All Ireland SHC finalists.

But it’s not six months yet and all this is getting very serious. No time to turn back now though – all are fully committed.

Even John Kiely accepts something is stirring.

“This is all to be enjoyed. It is very important that management, players and everybody else enjoys this. We have had enough of difficult days, so let us enjoy the good days. Let it not be a burden to be playing well,” he said this week.

So what happens next?

Is all this real?

Is it time to start thinking about booking ‘the hotel’?

All analogies or comparisons aside, the Limerick senior hurlers are in a good place.

Even talked up as All Ireland contenders in some quarters.

They have shown themselves to be a powerful and pacy side playing some sublime intelligent hurling.

And, there are options aplenty in the panel with genuine competition for places.

Limerick have played 13 games this season and are yet to be beaten over 70-minutes – albeit that record reads 10 wins and three draws.

Right now Limerick is the hurling story of the Summer.

“We want the people of Limerick to be very proud of this team and they should be and they are,” said Kiely.

Given that it is 2018 and dating is now online – swipe right if you are loving Limerick hurling right now.