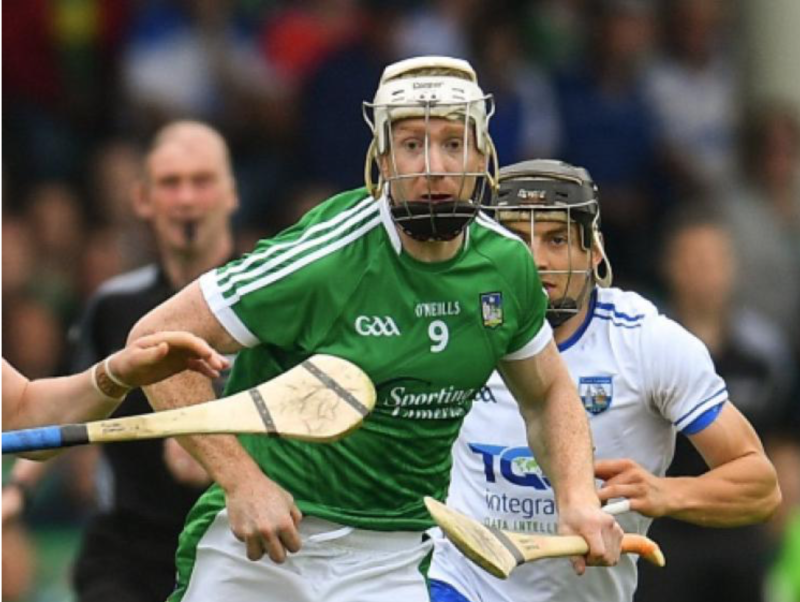 Cian Lynch edges past Austin Gleeson in the Gaelic Grounds

A SUPERB performance from Limerick saw them beat Waterford by 13-points in the Munster SHC this Sunday. It finished Limerick 2-26, Waterford 1-16 in the Gaelic Grounds.

The win guarantees that Limerick will progress in the championship - at a minimum to a July 7/8 preliminary quarter final against Carlow or Westmeath.

Limerick now need a win or draw against Clare next Sunday (2pm) in Ennis to reach the July 1 Munster final. Indeed were Cork to lose or draw with Waterford, Limerick could still reach the Munster final if defeated in Cusack Park.

A win or a draw against Clare next Sunday (2.00) in Ennis books Limerick senior hurlers a Munster final spot on July 1.
Defeat could also actually book final spot or a preliminary All Ireland quarter final against winner of Westmeath or Carlow on July 7/8#GAA #hurling #LLSport pic.twitter.com/UGrvIWFBuH

Limerick absolutely blitzed Limerick in the first half to lead by 13-points at half time - Limerick 2-14 Waterford 0-7.

Waterford had the opening score but Limerick were 2-7 to 0-2 ahead after 15-minutes.

The half turned on two Limerick goals in a three minute period - Gearoid Hegarty in the 10th minute and Graeme Mulcahy in the 13th minute.

Those scores had it Limerick 2-5 Waterford 0-2.

Cian Lynch and Shane Dowling were leading the way on the pitch and on the scoreboard - Lynch with three from play by half time and Dowling with two, on top of five pointed frees.

There were six Limerick wides in the half but also seven scorers from play.

With Waterford without a score for 15-minutes, Limerick went 2-7 to 0-2 clear.

The Deise did find their feet with relied on Pauirc Mahony frees.

Lynch, O'Donovan (lineball) and Dowling had points from before the goals arrived.

The Hegarty goal was a top drawer move - Kyle Hayes delivered crossfield to Seamus Flanagan and when he laid off to the in-rushing Hegarty, the big St Patricks man held off the markers to crash to the net.

Three minutes later a Flanagan delivery from distance was fumbled and Mulcahy was on hand to bundle to the net.

Points from Tom Morrissey, Kyle Hayes and Dowling ensured the half time lead.

Waterford needed and got a good start to the second half with goalkeeper Stephen O'Keeffe among their scores from play.

Six minutes into the half the visitors had a goal - sub Tommy Ryan racing through the middle to score - Limerick 2-16, Waterford 1-9.

The response was good with two Dowling frees and then Seamus Flanagan getting on the scoring. When Hegarty added a point it was 2-21 to 1-10 with 16-minutes gone in the second half.

When sub David Dempsey joined the scoresheet Limerick were 2-23 to 1-12 ahead with 10-minutes to play.

With Waterford only getting Mahony frees, Limerick saw out the win.