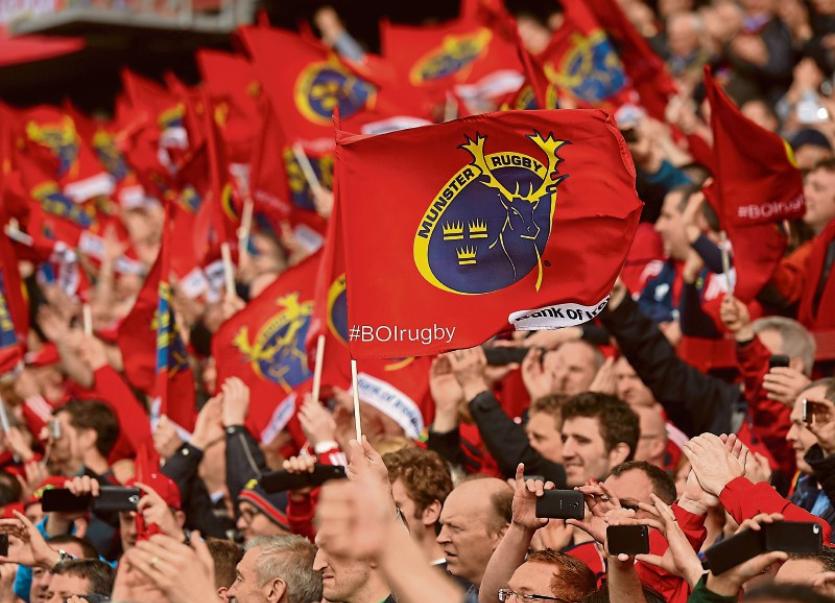 MUNSTER Rugby's projected financial performance for the year ending June 30, 2018, was revealed at the Munster Branch AGM which took place at Bruff RFC on Thursday night.

The current financial projection for year ending , June 30, 2018 predicts a small loss per the financial accounts of €40,000, which equates to a cash-flow loss of just under €900,000 for the season.

The primary driver of the projected cash-flow loss compared to the €300,000 surplus in the prior year was a reduction of €1.6million in the IRFU grant income. However, Quinn was keen to emphasise the ‘excellent on-going support from the IRFU both in direct grant aid and flexibility and understanding around the Thomond Park loan.’

Munster Rugby made a loan repayment of €2.6million to the IRFU in April 2018 having renegotiated the schedule of loan repayments with the governing body. That saw the province bring the loan balance down to €6.9million and commit to future annual repayments of €100,000 plus a share of certain future potential revenue generating initiatives.

It was another very positive season with regards to gate income as over 250,000 tickets were sold throughout the campaign. Although there was a reduction in gate income in comparison to 2016/17, the AGM heard that was primarily down to the lack of a match against a touring side with the Maori All Blacks visiting the previous year, in November 2016.

Home knock-out games in both the Champions Cup and Guinness PRO14 enhanced sales with five sell-out attendances across Cork and Limerick during the season.

The income from 3,000 prime seats purchased through 10-Year Ticket sales was received in advance and used to fund the redevelopment of Thomond Park in 2007. While this was absolutely critical to fund the project, it means that no cash is received for these prime seats each season, thus this is one of the primary drivers of the cash-flow deficit.

As part of the province’s continued long-term investment to promote the game among younger supporters, Munster allocated 5,000 reduced priced Junior tickets to every Thomond Park game in 2017/18.

Munster’s revenue streams for the season brought in €16.9million as sponsorship income continues to grow. The impact of the additional income from the PRO14, through the expansion that has seen two South African teams join the competition, was a big positive.

Expenditure was reduced from €17.7million to €16.9million, driven primarily by a lowering of match costs due to the absence of the match against a touring side. There were also reductions in stadium costs and team costs for the season.

The province has invested in major upgrade works at Irish Independent Park. The significant development, to be completed next month, sees the installation of a modified 3G pitch surface by Tralee-based company PST Sport, replacing the current grass surface. Further exciting plans are currently under consideration for future developments in IIP.

Funded in part by Munster’s own commercial revenue streams, including the Munster Rugby Annual London Dinner, and a Government Sports Capital Grant, the new artificial pitch will allow for a significant increase in games played and hosted events, on a consistent basis, assisting the province’s efforts of growing the game at grassroots level.