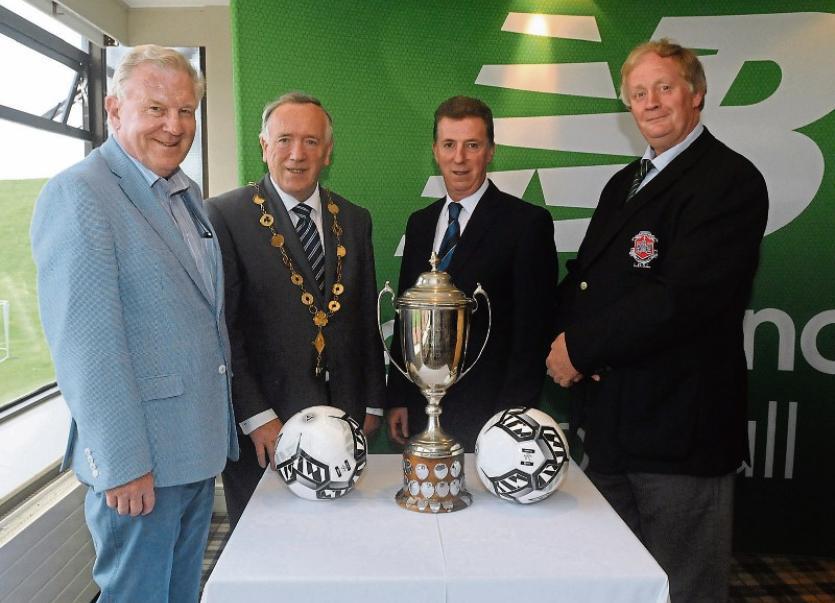 THE University of Limerick will continue to host the prestigious SFAI Umbro Kennedy Cup until at least 2020.

The tournament which runs from Monday, June 11 until Friday, June 15 will feature 32-interleague U-14 soccer sides competing over five days.

A total of 96 matches will be played by the 32 teams over the five day schoolboy soccer bonanza.

Overall, the tournament will feature 640 players, as well as 192 team officials, 36 referees and 95 league personnel.

It was recently confirmed that UL will continue to host the prestigious inter-league competition until at least 2020.

The LDSL won their first Kennedy Cup in 1980. The first tournament in its current format was played in UCD in 1991.

The following year NUI, Galway hosted the tournament, and in 1993 the SFAI in conjunction with the LDSL, held the Kennedy Cup in Limerick.

With the exception of a couple of years when it took on a different format due to foot and mouth disease epidemic and then clashing with Ireland playing in a World Cup tournament, the Kennedy Cup has been held in UL ever since with the venue now regarded as its spiritual home.

The LDSL, in association with the SFAI, are now entering their 25th year hosting the event.

The LDSL won their second Kennedy Cup in in 2000.

The Limerick District Schoolboy League are in Group 4 along with the Midlands League, North Tipperary and the West Waterford East Cork leagues. Limerick Desmond are in Group 2 with Wexford, Clare and Wicklow, while Limerick County find themselves in Group 7 alongside Kildare, South Dublin and West Cork.

Meanwhile, a comprehensive new history of schoolboy soccer in Limerick, covering the period from 1931 to 2000, will be launched at Janesboro FC Clubhouse on Friday, June 8 at 7.30pm.

The 950-page History of Limerick of Schoolboy Soccer 1931-2000 has been compiled by authors Christy Brennan, Sean Curtin and Gerry McCormack.