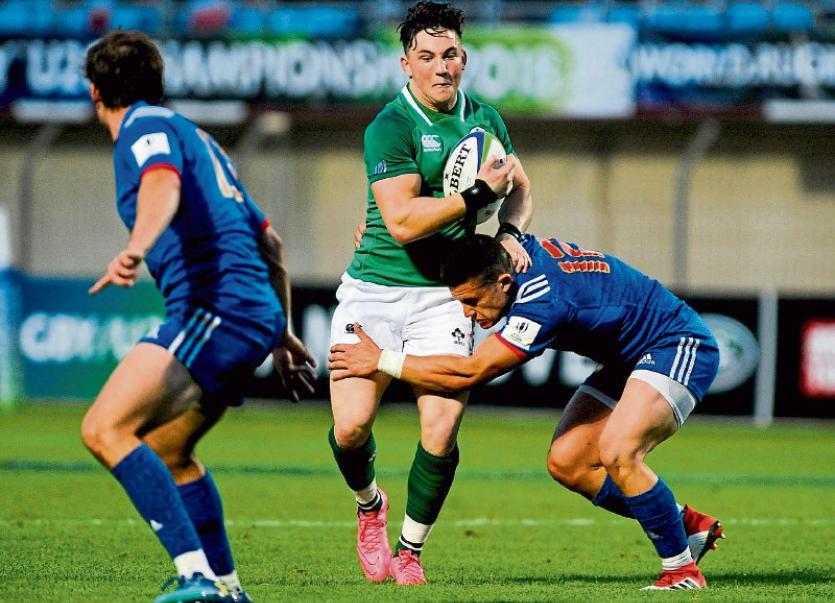 THE Ireland U-20s opened their World Rugby U-20 championship campaign with a narrow 26-24 defeat to hosts France despite a tenacious display at the Stade Aimee Giral in Perpignan on Wednesday night.

A losing bonus point was the very least the battling Irish side deserved from their tenacious display in which Garryowen hooker Diarmuid Barron impressed hugely.

Ireland looked well placed to stun their hosts on the opening night of the competition when leading 17-5 at half-time.

However, France took control after the restart, blitzing Ireland with three converted tries in a five minute spell.

However, Ireland finished well and Harry Byrne got in for their third try to net a bonus point which could yet prove invaluable.

There was disappointment in that opening half for former Crescent College Comprehensive player Daniel Hurley as the winger had to be replaced due to injury inside the opening half an hour.

After receiving a late call-up for last year's U-20 tournament in Georgia, Garryowen hooker Barron made his Ireland U-20s debut in a pool opener against Italy where a fractured thumb unfortunately brought his Championship to an abrupt end.

However, he made the most of his opportunity on Wednesday night to turn in a terrific display at set-piece time as well as in the loose.

Next up for the Ireland U-20s is a crucial pool fixture with South Africa on Sunday next at 3.30pm Irish time, live on eir Sport.