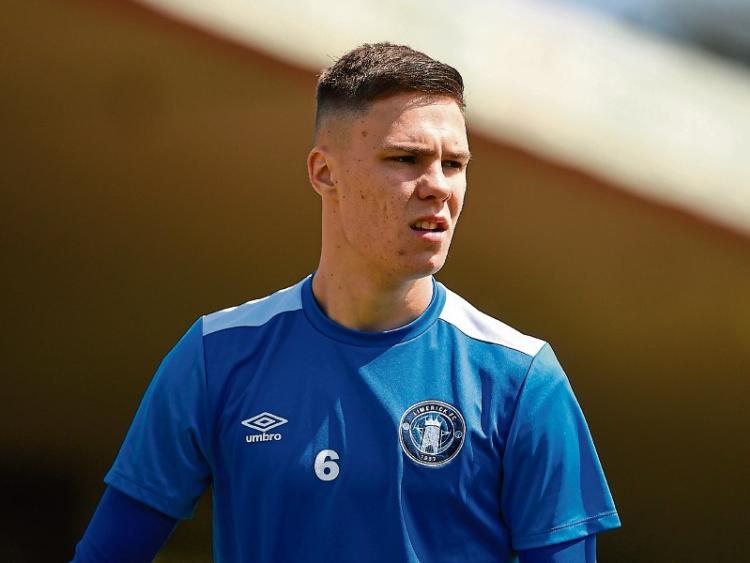 LIMERICK FC took a precious point from their relegation six-pointer after a 0-0 draw with fellow strugglers Sligo Rovers in the SSE Airtricity League Premier Division played before 1,438 supporters at the Showgrounds on Friday night.

Resilient visitors Limerick will feel a degree of disappointment at not taking all three points from the game as the Blues twice hit the woodwork in the opening half, while Sligo were forced to play the last 10 minutes with 10 men.

The result leaves ninth-placed Limerick in the relegation play-off position in the Premier Division, edged out of eighth-placed on mere goal difference by their hosts Sligo Rovers.

Limerick pressed hard for a winning goal in the final 10 minutes after Sligo Rovers were reduced to 10 men with the sending off of John Mahon for two yellow cards.

However, Tommy Barrett’s side had to make-do with a point which moves the Blues nine points clear of basement side Bray Wanderers.

Although Sligo had enjoyed the majority of the possession in the opening half, Limerick came within a whisker on opening the scoring on two occasions when striking the woodwork.

Good work from Mark O'Sullivan found Shane Duggan on the left. The skipper’s cross was met by Coleman whose looping header comes back off the crossbar in the 34th minute.

A minute later, from a free-kick on the edge of the penalty area, Kearns also smashed his effort off the woodwork.

Six minutes before half-time, Sligo had a good opportunity to hit the front as Seamus Sharkey's cross from the right found Morrison but his shot didn’t have the power to trouble Clarke.

Both sides had managed just two league wins in their previous ten Premier Division fixtures prior to kick-off.

Sligo were reduced to 10 players in the 81st minute when John Mahon has been sent off after picking up a second yellow card for a foul on Mark O'Sullivan.

Limerick came close to taking advantage of their numerical superiority two minutes later when Will Fitzgerald's long throw-in was knocked on by Wearen to Mark O'Sullivan. However, O’Sullivan was brilliantly denied by a last-ditch tackle in the six-yard box.

Next up for Limerick FC is a crucial home date with seventh-placed Bohemians at the Markets Field on Friday night next, 7.45pm.