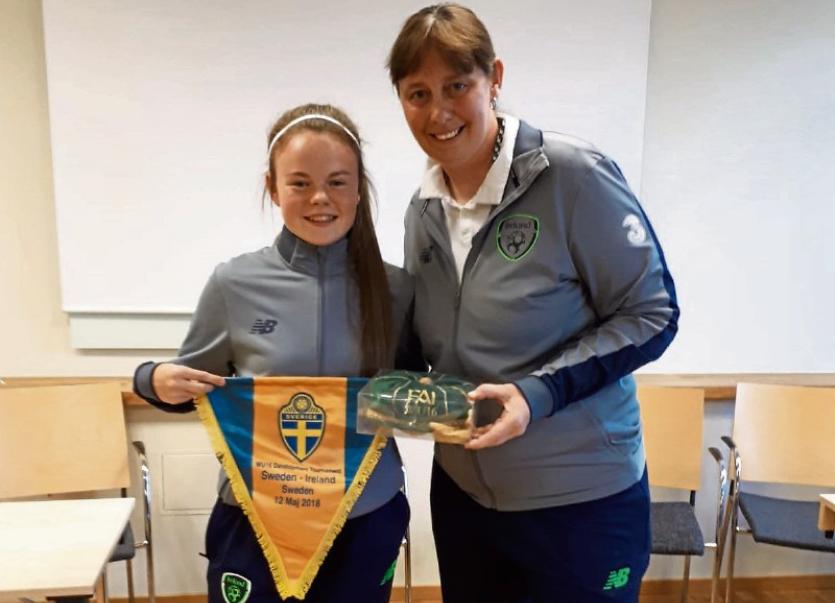 A  TALENTED Limerick teenage soccer player impressed for the Republic of Ireland Women's Under-16 side in their UEFA Development Tournament in Sweden.

The Ireland team defeated Turkey 1-0, lost 3-2 in a penalty shootout against Austria and were edged 1-0 by hosts Sweden where Sophie was awarded the Player of the Match accolade.

Striker Sophie Liston is captain of the Desmond League U-16 Gaynor Cup squad this season.

Sophie Liston, who previously played with Newcastle West before joining AK United, has won Munster medals with both clubs.

A student at Scoil Mhuire and Ide, Newcastle West, Liston played for the Munster U15s Schoolgirls side in 2016 and 2017 as well as the Republic of Ireland U15 Schools team in 2017.

She has played Gaynor Cup for the Limerick Desmond League for four years in a row and captains the U-16 side at UL in June.

The talented West Limerick teenager has been training with the FAI Centre of Excellence for the last three years and following a superb performance by her in Waterford playing the Dublin COE, she was called up to attend trials with the Republic of Ireland U16 side.