On The Ball: Limerick hurlers have learned from past mistakes - Jerome O'Connell 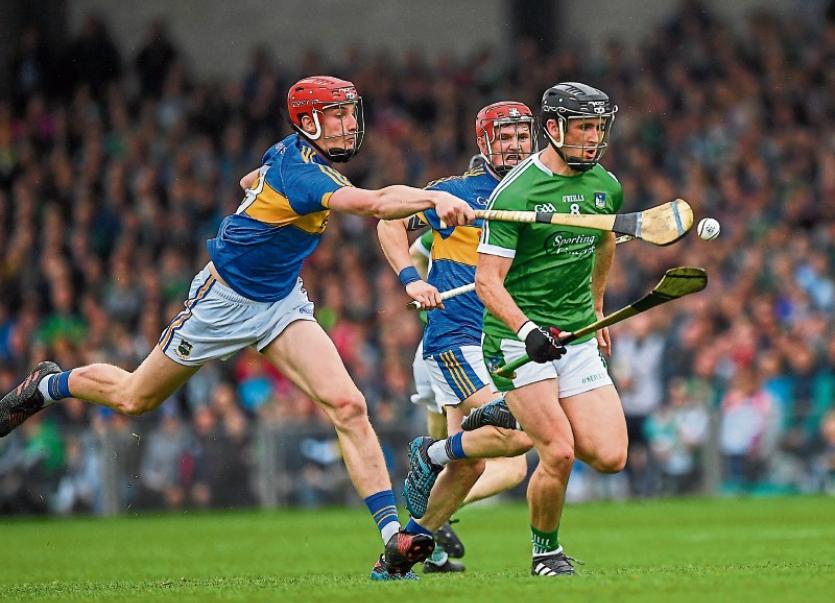 WHAT I loved about Limerick’s win over Tipperary in Sunday’s Munster SHC was the attitude at the final whistle.

There was no mad celebrating, a few clinched fists and a few pats on the back but no jumping around the place from the players – job done and move on.

There is certainly something different about Limerick this season and not just the 70-minutes last Sunday, which was their 11th competitive game of the season – winning 10 times!

There is a togetherness, composure, character and a clear game plan.

Last week captain Declan Hannon touched on what was different in 2018.

“More of a cut about us - to be honest, training has been great for the last couple of years and preparation but more of a fire in our bellies or more of a desire to get a win,” said the Adare man.

“There is a massive difference in maturity levels - even from last year. That comes with time - there is a stage when it’s your first year or second year on the panel and you think this is great to be playing for Limerick and going to Thurles on the bus and that wears off fairly quickly when you go out and get a bit of a beating. You have to say that it is not good enough to be just pulling on a jersey, you have to go out there and work as hard as you can and do your job for the team and panel,” stressed Hannon.

The captain is right. Just two of last week’s starting team are current U-21s and one of those Kyle Hayes made his senior debut last season.

While 10 of the starting team are 23 or younger, there is a degree of experience. There is also a degree of familiarity – Limerick made just two changes in personnel and no one was repositioned from the league semi final loss to Tipperary. Indeed the team has remained largely the same through the later stages of the league when Galway and Clare were beaten.

Eyebrows were raised when no Na Piarsaigh player was selected in the team but credit John Kiely and his backroom team for remaining loyal to players, who to be fair had done little wrong in the 10 previous games. There is no denying the quality of player available from the Na Piarsaigh contingent and some may very well start championship games in the coming weeks but it shows the depth of the panel at present.

Of course it also reaffirms the total disaster of a fixtures calendar that had Na Piarsaigh players tied up from last November until March 23.

John Kiely had touched on this subject prior to last Sunday.

“There are lads that have a hand on a jersey and lay claim to it and looked after it and for as long as they look after it, they will have it until someone else puts their hand up to say I can do it better,” said the Limerick manager.

So while all is content on Shannonside this week, the win over Tipperary will be quickly forgotten if Limerick don’t follow up with at least one more win from the three remaining group games. It’s impossible to estimate what will be needed to qualify beyond the group stage – three wins should be enough and perhaps even two wins, but this could end with scoring difference utilised to confirm the final standings in the league table.

All roads now lead to Pairc Ui Chaoimh on Saturday June 2 – the game against Cork is only live on Sky Sports at 7pm.

Much will depend on how Cork fare against Tipperary this Sunday but with the extra week preparation and recuperation Limerick will go Leeside in fine fettle.

Limerick has traditionally thieved on championship momentum but John Kiely was quick to ensure feet remained firmly on the ground: “For us, this was only game one of four so there is no one getting carried away with this,” he stressed.