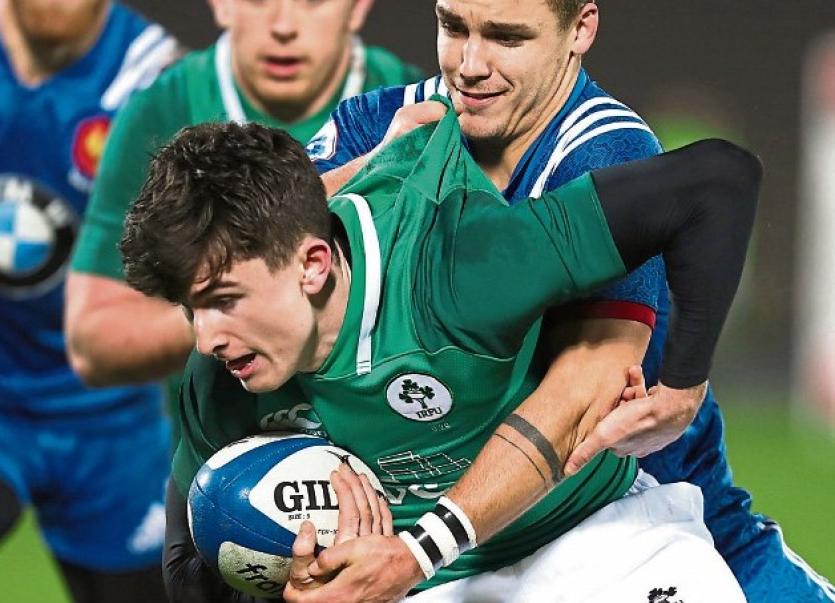 James Mccarthy, of UL-Bohemian, played for Ireland U-20s in their friendly win over Japan this week

SEVERAL Limerick-based players played eye-catching roles as the Ireland U-20s continued their preparations for the World Rugby U-20 Championship with a 43-19 victory over Japan at Wanderers FC.

Ireland’s starting line-up included Daniel Hurley, of Young Munster, on the wing, while James McCarthy, of UL-Bohemian, lined out at full-back.

The exciting Hurley is one of five uncapped players in Noel McNamara’s young Irish squad.

With injuries part and parcel of the international season's Under-20 summer showpiece, Ireland will keep a number of players on stand-by.

The warm-up fixture with Japan in Dublin on Tuesday saw the likes of Garryowen duo Jack Daly and David McCarthy all get game-time off the replacements bench.

Ireland U-20s open their World Rugby U-20 Championship next Wednesday's against France at Stade Aime-Giral in Perpignan, 8pm Irish time.