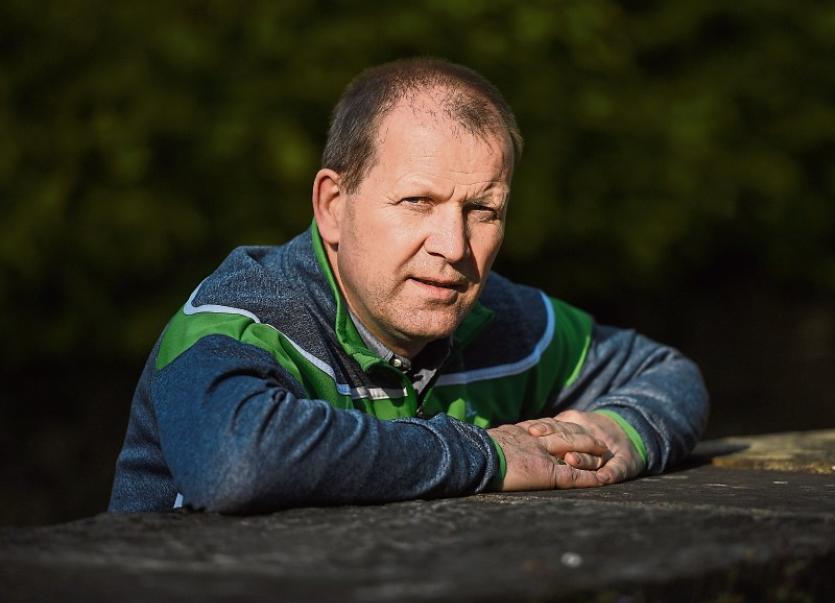 “LETS take Clare down the home stretch and take it from there and that’s what we will ask the players to do.”

The Newcastle West man and his Limerick troops face Clare for the fourth successive year in the provincial championship with the men in green seeking to end a run of defeats to The Bannermen – with Clare having won by a point last year, three points in 2016 and by two points in 2015. Clare also won in 2012, leaving Limerick seeking their first win over their neighbours since 2009.

Recent years have seen the sides with very different trajectories – Limerick failing to win championship games and dropping down to the levels in the league while Clare have reached the 2016 All Ireland SFC quarter final and have maintained their Division Two league status.

“The Clare’s and the Tipperary’s of this world set the bar for the Limerick’s and the Waterford’s of this world because not too long ago they were where we are,” accepted Billy Lee, when speaking to LeaderSport at the Munster Championship launch in Bunratty Castle and Folk Park.

“Clare are a seasoned Division Two side proven by their results this year and that’s credit to Colm (Collins) and what he has been doing.”

“We are on the learning curve and I suspect we will be on it for a couple of years,” said Lee.

While the counties may appear poles apart, Wicklow have already shown that championship offered an opportunity to overturn the form books.

“That’s the aspiration and we will go with that expectation of ourselves and probably demand of the players that we take it down to the last kick of the ball and that’s all you can ask in championship,” said the Limerick manager.

“On May 19 lets get on with it and lets get in there and get amongst them and see what we can do. Being competitive is the very least that I expect and our lads are capable of that. We will focus on where we are – anything is possible with the right set-up and the right people on board,” he outlined.

Lee does accept that all has not been smooth for Limerick football in 2018.

Division Four of the league returned one win and one draw from six games leaving Limerick three from the bottom of the 32 counties - Waterford and Wicklow the only sides below them. In six competitive games this season, Limerick beat Waterford and drew with London, who looked on course for their first win over Limerick since 1999 until injury time drama.

Championship form is not any better and Limerick are now five seasons without a Munster SFC win.

In January Billy Lee and management unveiled a 33-man panel for the league. There were wholesale changes to the panel from 2017. Seven players that played championship last year no longer involved for varying reasons, while another five that played league last year were also missing. On top of that another seven that played championship in 2016 were also absent for varying reasons, including retirement, long term injured, emigration and lack of interest.

In all, 19 players with recent inter-county experience no longer involved.

All that said, Limerick used 21 players in the Munster championship last year and it’s most likely that 15 of those will be in the match day squad this time round, albeit there have been changes and injuries since the league ended.

“It was tough,” said Lee of the league.

“We tried to bring in a lot of new lads and give them experience, some that didn’t even play underage with the county. I see it as a positive that fellas have taken up the challenge and they are learning. Conversations that we have had as a group show that they are learning and trying to understand the demands of inter-county, that they hadn’t been aware of coming in. Its a hugely demanding role and we have to help them understand that. When you weigh it all up with the losses we had from last year to this year and over the last three years we have to be positive but obviously results is what everyone looks at whereas its the unseen stuff behind the scenes that I am looking at,” he outlined.

“​From a results point of view it would be a negative because we didn’t win enough or get enough points but in the grand scheme of things and for the future of Limerick football it was a positive.”

It was a league that left a sour taste with Lee, the Limerick management and players after the debacle surrounding the ‘null and void’ league game with Wicklow.

“Fellas don’t want to come into inter-county because of the demands and if people feel that the players that do come in don’t get treated right, well where are we going,” said Lee.

“The truth of it is, other than the players and management I am not sure that the general public and officials fully understand the demands of inter-county and what I would say is the officials need to get a grasp of it pretty fast and stop offing around with players and treating them. The fixture situation needs to be sorted to be fair to the people who are the product - the players. Officials need to grapple with that and pretty fast or counties like us will struggle because they feel that they are not getting treated right,” he stressed.

“We wonder is it just the elite that are being looked after and are we looking at professionalism going forward. If I am being honest I can see it going down that way - very few people aren’t afraid to say that but I am not one of those and I say what I think it happening and they are certainly looking after the elite,” said a frustrated Billy Lee.