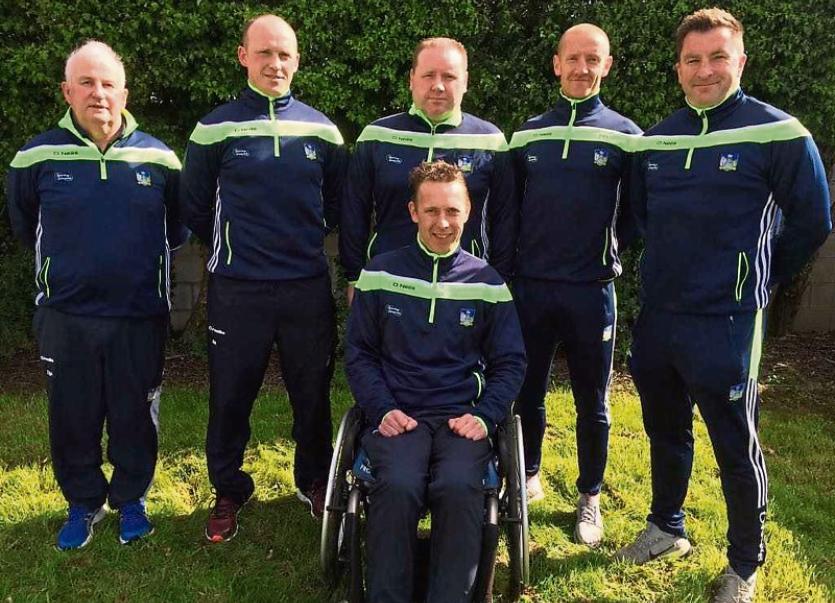 IT’S all new for the Limerick minor hurlers this season as they embark on their Munster MHC this Sunday.

There is a new management, a new U-17 age grading and a new format to the championship.

Limerick are managed by Antoin Power.

“It’s a new experience for everyone – players and management. Even playing before the seniors will be new and a big thing, especially for youngsters who are now a year younger,” Power told LeaderSport.

“In total 23 of our panel were involved with some Harty Cup side – about 15/16 played in some game so that’s a good experience for them with most of them under age for Harty next year. Of our squad, seven are underage next year for minor,” outlined Power, who has Kyran O'Donnell (Pallasgreen) as captain and Jack Nicholas (Murroe-Boher) as vice-captain.

“We met up before Christmas and have worked away with two hurling sessions and one in the gym. We have played a lot of challenge games but stayed away from Munster sides – there were a lot of positive results but Sunday is the real test,” said Power, who along with Alan Browne and Paul Dowling, have worked with his age group since U-14 level in the Limerick Underage Hurling Academy.

Last year in the U-16 Arrabawn Cup Limerick beat Wexford and lost to Kilkenny before beating Waterford in the Shield Final.

First up in the Munster MHC is Tipperary this Sunday.

“It is great for the players to get four games. Everyone will want a good start and for that reason we haven’t looked beyond Tipperary,” said Power.

Tipperary are managed by former All Ireland SHC winning captain Tommy Dunne, who was South Liberties coach for the 2015 Limerick SHC.