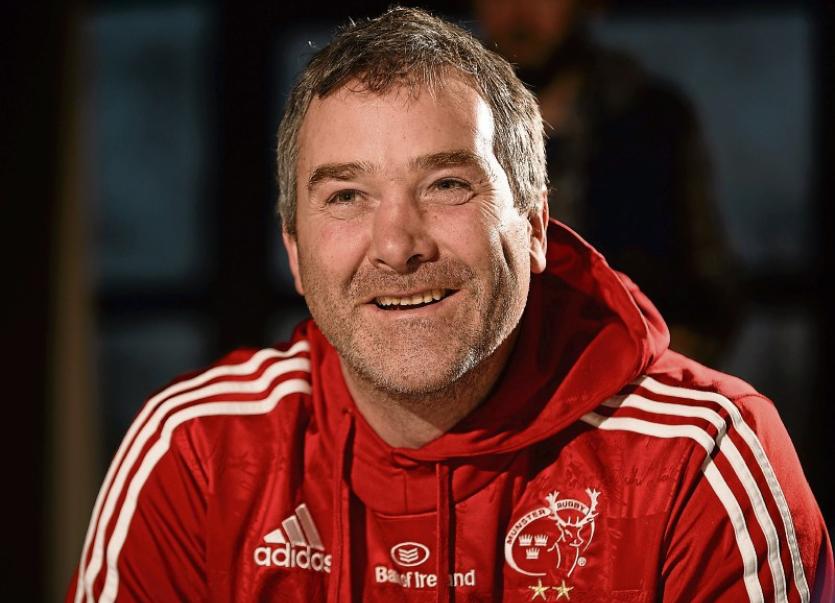 A POIGNANT and powerful TV documentary celebrating the story of Munster rugby through the life of the late Anthony Foley has been short-listed for a top award.

Anthony Foley: Munsterman is one of four documentaries nominated in the sports category at the Irish Film and Television Academy Gala TV Awards 2018 which place at the RDS in Dublin on Thursday, May 31.

Told from within the Munster family, viewers of the Anthony Foley: Munsterman documentary get to know the man and get an extraordinary honest insight into the events surrounding Anthony’s time as head coach, his death and the emotional aftermath.

The former Irish international and Munster captain had died of a heart attack in the team hotel in Paris on the morning of his clubs Champions Cup match against Racing 92 in October 2016.

The other Sport nominees for the IFTA Gala TV Awards include Crash and Burn, documenting the life to Irish F1 driver Tommy Byrne; Giles, exploring the career of Irish soccer star and pundit Johnny Giles and Pull Like a Dog about the Olympic silver medalist rowing duo who won the hearts of the Irish public during their tv interviews

The nominees for the IFTA Gala TV Awards are announced in 23 strongly contested Television categories; from entertainment, comedy, Soap and Performance to factual, current affairs and news across all of the Irish broadcasters RTÉ One, RTÉ Two, TV3, be3, TG4 and BBC Northern Ireland.

The Nominations have been shortlisted by Members of the Irish Academy along with Irish and international Jury panels of industry experts.