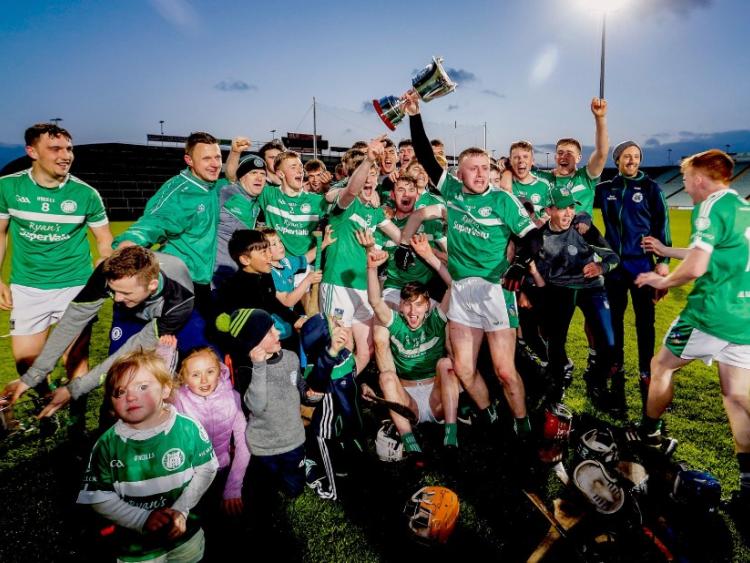 KILMALLOCK were crowned Limerick Premier U-21 hurling champions for the eighth time this Wednesday evening in the Gaelic Grounds.

Doon were the last side outside of the dominant duo to win the title but on this occasion they were second best to a fine drilled Kilmallock side.

The champions had stars all over the field but David Woulfe sparkled with a return of eight points from play.

Must be unique for GAA President John Horan & Munster Council Chairman Jerry O'Sullivan to be on hand to present cup at Limerick U21 final to Kilmallock captain Micheal Houlihan #GAA #LLSport pic.twitter.com/AtSxJZQTOz

Kilmallock were 1-9 to 0-6 ahead at half time after playing against the breeze.

The sides were level on four occasion up to the mid-point of the half and then The Balbec took over six of the remaining eight scores of the half.

David Woulfe led the way with a return of six points in the half for the men in green. He had the first two and the last two points to ensure a six point interval advantage.

The goal came after 26-minutes from Oisin O’Reilly, who made light of a tight angle after working his way in from the right. That moved Kilmallock 1-6 to 0-5 ahead.

Doon had only two points in the final 15-minutes of the half. They had a first half return of three points from play from county minor panelist Bob Purcell.

It took Kilmallock 11-minutes to reopen their second half account and Doon had made some headway with Barry Murphy frees either side of a Josh Ryan point.

That left it 1-9 to 0-9 but then Kilmallock came to life again with a run of scores.

Ciaran O’Connor, Micheal Houlihan, Phelim and Oisin O’Reilly and David Woulfe all with points from play to move the south Limerick side 1-16 to 0-10 ahead entering the final quarter.

Doon needed a goal but it came too late – Barry Murphy’s low drive finding the net four minutes from the end.