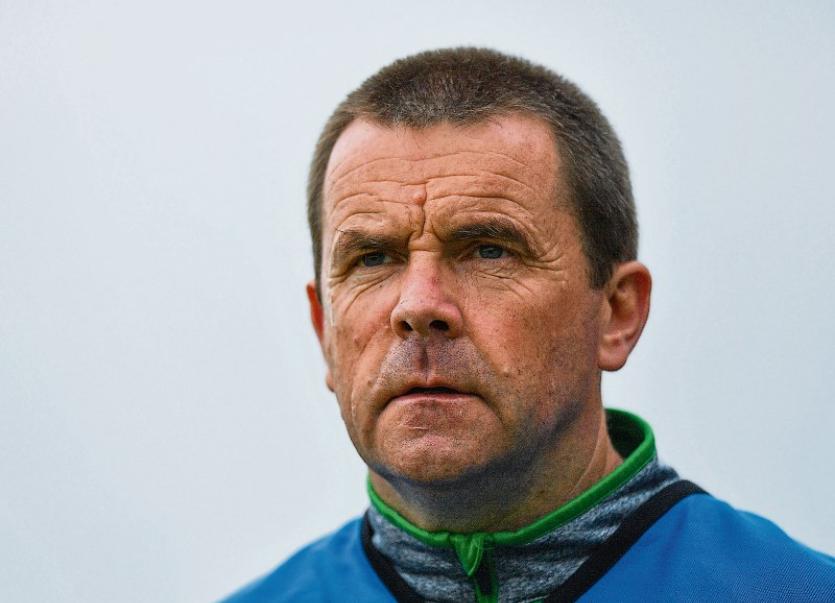 “THIS performance won’t be good enough to beat Tipperary and we know that,” stressed Limerick U-21 hurling manager Pat Donnelly.

His side had just beaten Clare by 14-points in a quarter final tie in Ennis, but Donnelly was quick to point out improvement would be needed when Limerick play Tipperary on June 21 in the semi final.

“The venue doesn’t make a difference but they will be a good team and training hard. Liam Cahill is over them and we were against them as minors and they will be well organised and hard to beat,” said Donnelly.

“We have we have six weeks to get as much right as we can. It will be a difficult six weeks because of the Munster senior championship. Nobody has been in this territory before. Seven of these lads are involved with the seniors and they have four championship matches, so we’ll just get them at the end of that. Hopefully, they’ll come back fit, at least,” he said, referencing his senior panelists; Kyle Hayes, Seamus Flanagan, Barry Murphy, Paddy O’Loughlin, Peter Casey, Oisin O’Reilly and Willie O’Meara.

“If we get all our lads back fit from the seniors we would hope to put up a good challenge.”

Three second half goals in a 10-minute spell helping Limerick to the 3-18 to 0-13 win over Clare.

”If we came out of here winning by a point I would have been happy because we are still only into a semi final,” said Donnelly.

”I think the sending off made it a bit easier. Once we got the first goal I thought that was key - if we had got one in the first half I think it would have made things a lot easier but we got three good goals and could have had more,” recalled the manager.

”We missed three goal chances and on a good day we would get two of those - against the breeze we wanted to keep the scoreboard ticking over and if the goal opportunities come we tell them to have a go and they had a goal and maybe they shot from a bit too far out so that’s something to work on,” he explained.

“The scoreline flattered us in the finish. The sending off had a big bearing on the game. We were going well for 23 or 24 minutes of the first half and then we let them back into it. We dropped our work-rate, allowed them get four unanswered points before the break. Our first goal was key. Had we got one in the first half, it would have made things a lot easier.”

He continued: “We started very well and we were hoping for a good start because this team hasn’t really played together before today. Preparation wasn’t ideal with two rounds of club championship matches and that gave us three sessions with these lads and two of those were matches and we couldn’t give them a full hour because we had to mind them for the clubs and tonight”.