WATCH: Limerick U-21 hurlers have 14 points to spare over Clare in Munster Championship 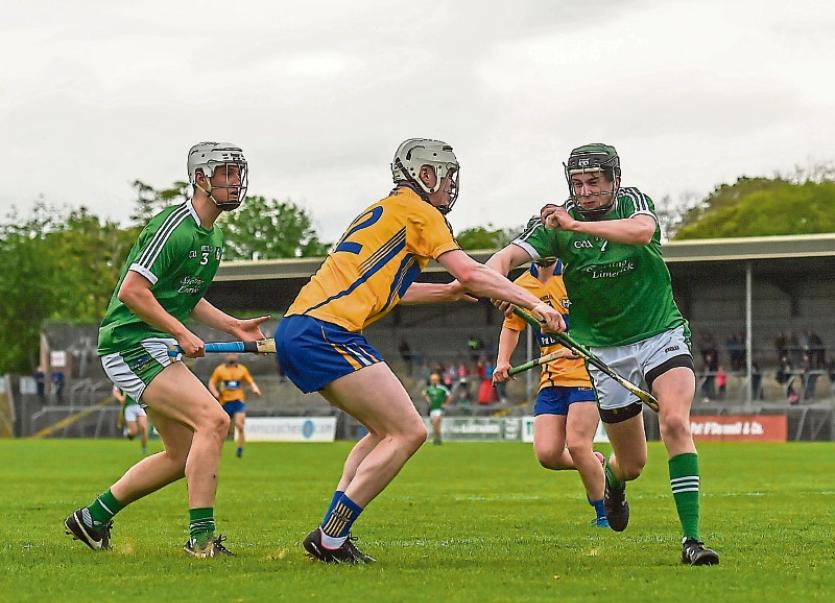 LIMERICK opened the defence of their Munster and All Ireland U-21 hurling championship titles with a 14-point win over Clare.

Three second half goals in a 10-minute spell eased Limerick over the winning line and into a June 21 semi final in Thurles against Tipperary.

Limerick have beaten Clare in the U21 Munster Quarter-Final. Check out the full-time highlights here! pic.twitter.com/PV0fCwTaAz

After dominating the first half Limerick were just 0-10 to 0-8 ahead at half time.

While Limerick hit just three wides in the 30-minute period, a number of goal scoring chances were not taken.

Limerick were six clear after 24-minutes but Clare scored the final four points of the half.

Conor Boylan opened the scoring after 26-seconds and it was the first of the Limerick goal chances but it flew over the bar.

When TG4 Man of the Match Brian Ryan had the first of his four points from play in the half, Limerick were three points ahead and Clare yet to score.

Seamus Flanagan then created another goal scoring chance for Boylan but it was blocked. Nonetheless Ryan, Darren O’Connell and Flanagan added points to move Limerick 0-6 to 0-1 ahead after 13-minutes.

Paddy O’Loughlin and Ryan had the next Limerick scores but Clare had now found the range and the scoreboard read 0-8 to 0-3 at the 20th minute mark.

A Darren O’Connell shot for goal was saved but when Barry Murphy became the fifth member of the attack to score from play it was 0-10 to 0-4 and half time was fast approaching.

But Clare, who had five wides in the half, finished on top with four successive points – one from former Ardscoil Ris Harty Cup winner Padraic O’Loughlin.

The early stages of the second half were dominated by frees between Barry Murphy and Aidan McCarthy but points from Ryan and Flanagan had Limerick 0-14 to 0-10 ahead after 10-minutes.

The Clare cause wasn't helped by a red card for corner back Conor O'Halloran for a challenge on goal bound Darren O'Connell after just two minutes of the restart.

Clare hit back with two points but in the 51st minute Conor Boylan’s low drive brought the second Limerick goal and moved Pat Donnelly’s side 2-15 to 0-13 ahead.

Six minutes from time came the third goal – Mark O’Dwyer firing to the net with his first touch.