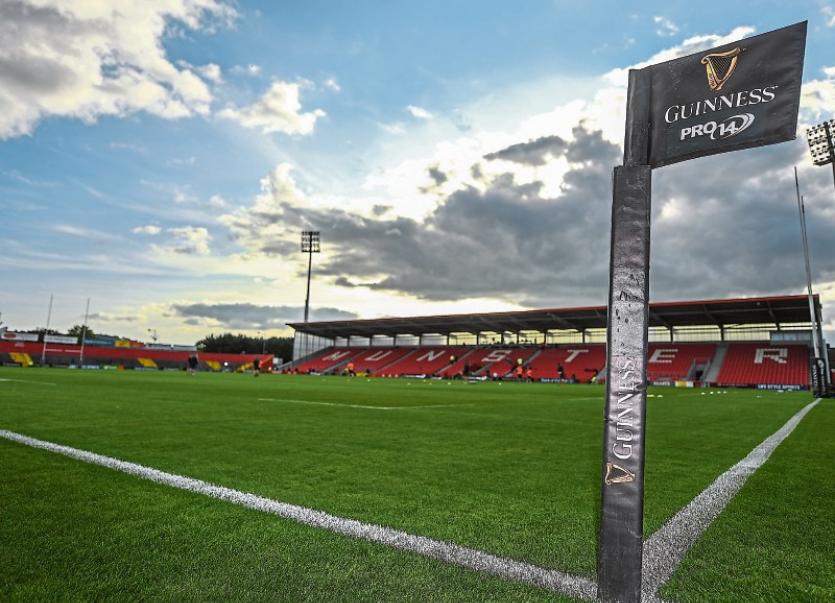 The significant development, an integral part of the province’s long-term strategy for the Cork area, sees the installation of a modified 3G pitch surface by Tralee-based company PST Sport, replacing the current grass surface.

The installation period will take up to ten weeks to complete and the new artificial surface will be ready ahead of the 2018-19 season.

Funded in part by Munster’s own commercial revenue streams, including the Munster Rugby Annual London Dinner, and a Sports Capital Grant, the new artificial pitch will ‘allow for a significant increase in games played and hosted events, on a consistent basis, assisting the province’s efforts of growing the game at grassroots level’, according to a Munster Rugby statement issued this Friday.

Musgrave Park is already the focal point for rugby in the South Munster region and this upgrade will allow for further opportunities going forward, benefiting the wider rugby community, Munster Rugby’s statement continued.

Munster Rugby Head of Operations, Philip Quinn, said: "In terms of facilities, it is fantastic to see this phase of our long-term strategy progressing.

“Since 2015 we have installed a new 3,500 seated stand and covered terrace at Irish Independent Park, improved match-day facilities, and will now have access to a consistently world-class surface all season.

"Better facilities cater for greater access and the venue is central to Munster Rugby’s plans for growth and development. This is a valuable addition to the rugby landscape in Cork and the province."

PST Sport CEO, Colin Teahan, said: "This pitch will allow Munster players of all ages to play on the same surface as their heroes, year-round, and whatever the weather.

“I believe it will help move Munster Rugby to another level, and our team at PST Sport are delighted to play our part."