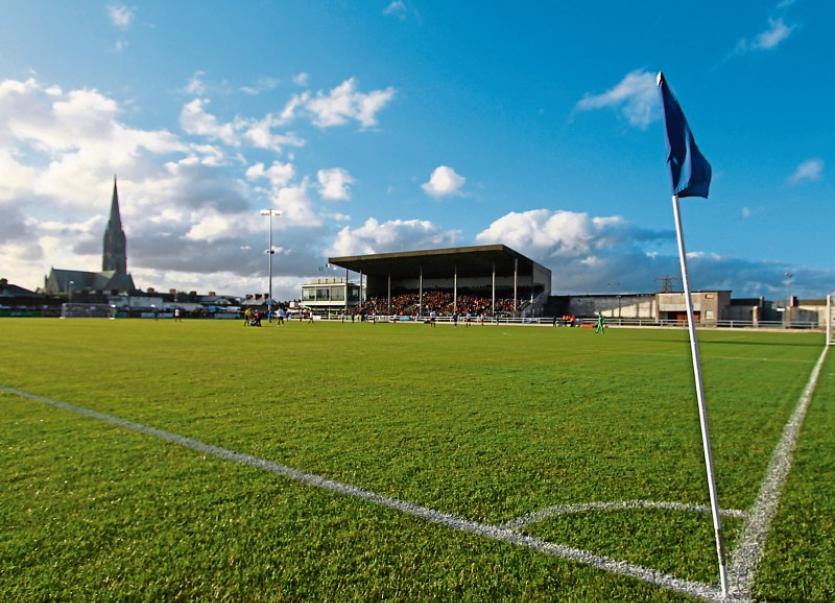 THE pitch at the Markets Field came in for more criticism this week following Limerick's 3-0 defeat to Derry City at the Garryowen venue.

In response to this latest attack on the pitch surface, the Limerick Leader travelled to the Markets field to meet with Conor Morris, the agronomist in charge of the playing surface for the last six weeks.

“I think the pitch is coming on nicely. We are coming out of the worst winter in memory with snow and water levels. We have over seeded it and sanded it, while creating as little disruption to the players and the fixtures. There is slow growth there and that is what is battling against us in terms of making more progress. We can't do any more it to be honest”

CEO of the LEDP Liam McElligott, added his thoughts on the pitch stating that, as owners of the ground, they were happy with its condition.

“I think the surface speaks for itself. It is a top class pitch”

When asked to respond to the criticism the pitch has received from some managers, players and indeed Limerick FC's own supporters, McElligott explained the need for the services of Conor Morris and his team.

“We are the proprietors. We make the decisions that are needed, that are best of us and the pitch. We own the pitch, we are in charge of the pitch and its maintenance. We call the shots on it. We do an agreement with all of the users of the ground. We do agreements around maintenance. With some users we do three year arrangements and when we review those agreements we change the conditions within those agreements. Simple as. The controversy doesn't bother us”

Limerick FC manager Tommy Barrett also had his say on the condition of the famous grounds, stating in an official press release to this paper that his side had to just get on with it.

“The pitch at the Markets Field is maintained by the LEDP. We have a licence to play there – we can only play on the surface that is provided for us. The LEDP took over maintenance of the pitch from Limerick FC at the end of last October. It is clear to everybody that it is not at the standard that it was at last year. A number of teams that have played against us at home this season have commented on the surface but we have just got on with it.” Barrett confirmed.

Agree or not with Shiels' comments, the fall out from same has led to the confusion surrounding the maintenance of the pitch to be cleared up by all parties concerned.

Limerick FC have had their say, the LEDP too, all that it seems is needed now is some good weather to further improve the surface.