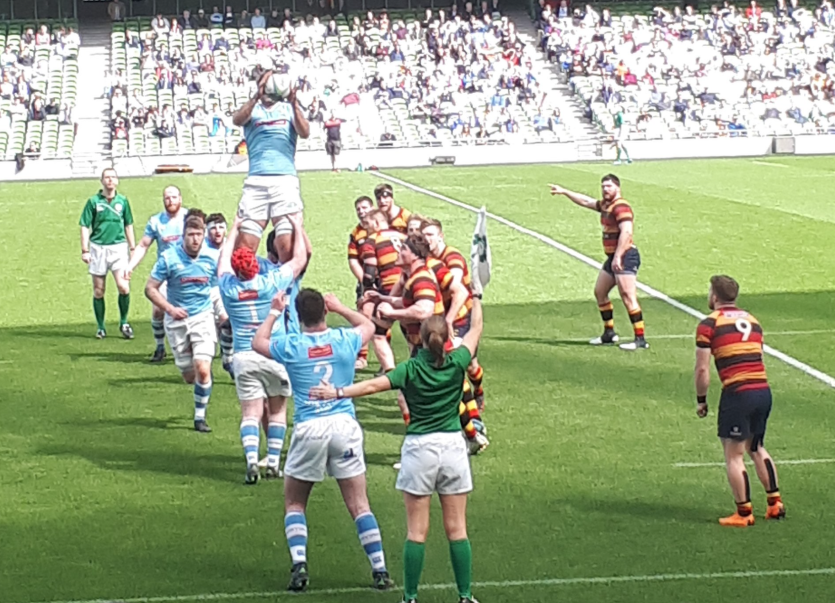 GARRYOWEN'S first appearance in a Division 1 Ulster Bank League semi-final for nine years ended in a disappointing 36-19 defeat at the hands of a clinical Lansdowne side on the main pitch at the Aviva Stadium this Saturday.

A resilient Garryowen side remained well in this contest through the third quarter and trailed by just three points, 12-15, after 52 minutes.

However, Division 1A regular season winners Lansdowne stunned their opponents with two tries inside eight minutes to quickly stretch 17 points clear at 29-12.

Those scores ripped the heart out of Garryowen's challenge in a high quality game which produced some excellent running rugby and no shortage of intensity, endeavour and industry.

While Lansdowne crossed for five tries in all, Garryowen managed just one five-pointer which arrived in the 77th minute from Liam Cronin. His brother Neil had kept the 'Light Blues' in touch throughout with the boot landing four penalties and a conversion.

While Garryowen will be disappointed to have come up short in their bid to reach next weekend's showpiece final for club rugby, this season's Munster Senior Cup winners can rightly feel that the side made significant progress this season, finishing fourth in the 1A table, 12 months after they had to see off UL-Bohemian in a relegation play-off to preserve their top flight status.

The Limerick side deserved to be closer to their opponents, who were unbackable favourites at 1/7 to progress to the final before kick-off, given their collective efforts. However, Garryowen lacked that bit of cutting edge, power and pace on the day that Lansdowne possessed in abundance.

Lansdowne's five-try haul included a brace for flying winger Adam Leavy, younger brother of Dan who has impressed for Leinster and Ireland this season.