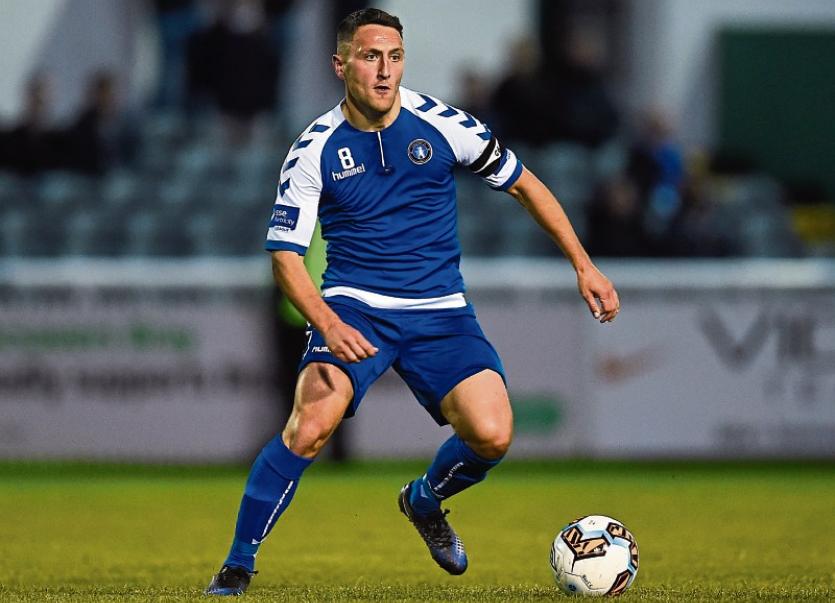 LIMERICK FC secured a precious 1-0 victory over Bray Wanderers in the SSE Airtricity League Premier Division basement battle at the Carlisle Grounds on Friday night to move of the relegation goal.

A 50th minute goal from captain Shane Duggan helped Tommy Barrett’s Limerick side secure their first league win in 10 games to move up to eighth place in the league table.

Limerick are now nine points clear of bottom side Bray, who occupy the automatic relegation position, as a result of their first league win since beating the same opposition at the Markets Field on March 9.

Limerick’s winner, secured before an attendance of just 470, arrived five minutes into the second half when, following Will Fitzgerald's long throw-in which Bray failed to clear, midfielder Duggan controlled the ball superbly before planting a shot in the bottom corner of the net.

Limerick FC benefitted from a massive let-off five minutes before half-time when Bray were awarded a penalty after Billy Dennehy was judged to have fouled Cory Galvin inside the penalty area.

However, Gary McCabe’s effort from the spot flew high over Brendan Clarke’s crossbar.

Limerick supporters breathed another sigh of relief two minutes later when Kevin Lynch’s free-kick from the edge of the box hit the top of the crossbar and went over.

The first half drama wasn’t done yet and at the other end of the pitch, Limerick came within a whisker of grabbing a goal when Duggan broke past his man before linking up with Billy Dennehy whose cross found Morrissey in the centre.

However, Morrissey scooped his effort over as he stretched for it, with just the 'keeper to beat.

Duggan’s lead goal left Limerick well-placed to take all three points as the clock ticked inside the closing minutes.

The Blues were thanking their lucky stars two minutes from time when Kevin Lynch again rattled the crossbar for Bray after a corner was cleared as far as him some 15-yards out.

Limerick manager Tommy Barrett made three changes to the side which drew with Shamrock Rovers a week earlier as Connor Ellis (groin), Darren Dennehy (ankle) and Cían Coleman (suspended) were replaced in the starting line-up by Shaun Kelly, Eoin Wearen and Shane Tracy.

Shaun Kelly was forced off at half-time with a knee injury which had troubled him earlier this week after hurting it in training.

Next up for Limerick is a home game against Derry City at the Markets Field on Monday night, 7.45pm.