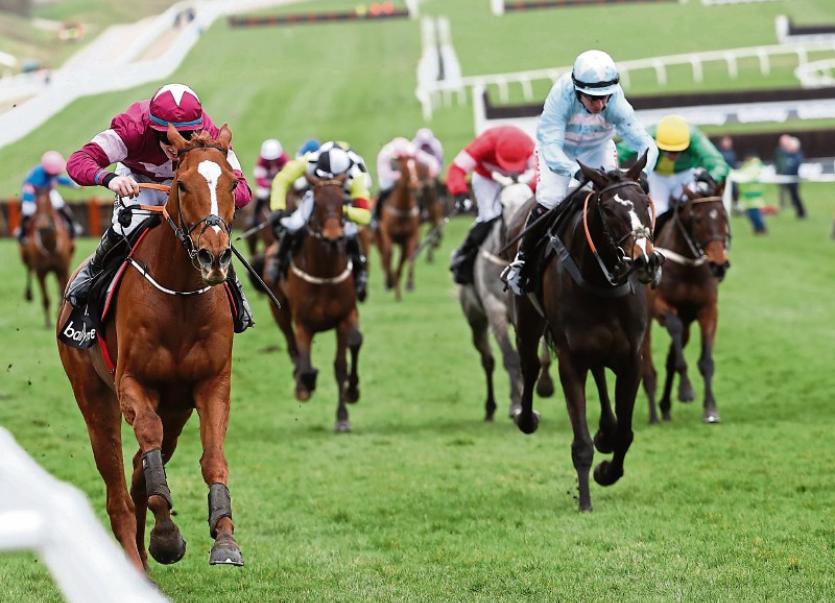 THE mammoth five-day Punchestown Festival, featuring 38 races including 12 Grade 1 contests and a total prize pot of just over €3 million euro, continues until this Saturday.

The National Hunt racing bonanza is expected to attract a record crowd of 125,000 people this week.

The Punchestown Festival is considered the grand finale of the jump racing season and subsequently attracts the best of Irish and British racing talent.

The feature race on Friday’s card is The Grade 1 BETDAQ Punchestown Champion Hurdle of €275,000. This fascinating two-mile contest is due off at 5.30pm.

Ireland’s highest rated novice hurdler, Samcro, spearheads Gordon Elliott’s team of runners at the Punchestown Festival this week and looks set for a leap out of novice company when he lines up in Friday’s showpiece Champion Hurdle.

Samcro is currently a 5/4 shot to win the Profile Systems Champion Novice Hurdle also at Punchestown on Friday. However, the Ballymore winner at Cheltenham could well make a successful switch to the day’s feature, the BETDAQ Punchestown Champion Hurdle, and at 2/1 is a decent bet to prevail.