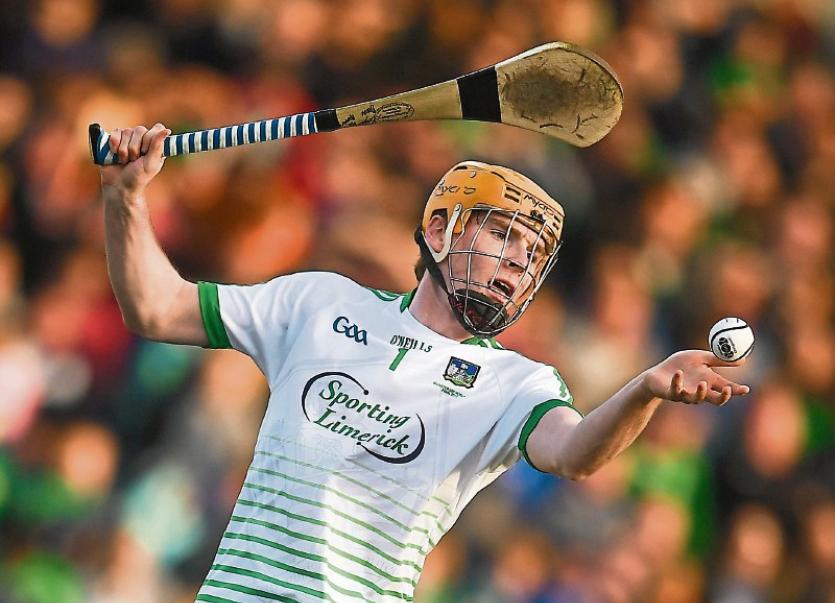 TWO time All Ireland U-21 winner Eoghan McNamara isn’t part of the Limerick plans for the 2018 Munster U-21 Hurling Championship.

Limerick have a 37 strong panel preparing for the May 7 Bank Holiday Monday provincial quarter final against Clare in Cusack Park Ennis. The 5.45pm fixture will be live on TG4.

Doon goalkeeper Eoghan McNamara didn’t join up with the inter-county panel this season for what would have been his fourth year on the panel. It is understood that the Trinity College student is going abroad in the coming weeks.

Injury to Peter Casey will rob Limerick of another two time All Ireland U-21 winner for tie with Clare.

The winner will advance to a June 21 with Tipperary in Semple Stadium in Thurles.

Fifteen members of the Limerick panel remain from last year’s All Ireland winning panel – Casey and Seamus Flanagan both hold two All Ireland U-21 medals - 2015 and 2017. The duo are among seven of the U-21 panel that are part of John Kiely’s senior panel preparing for the May 20 start to the Munster SHC - Casey, Flanagan, Paddy O’Loughlin, Oisin O’Reilly, Barry Murphy, Kyle Hayes and William O’Meara.

Kyle Hayes is the new 2018 U-21 captain with Casey as vice-captain – the duo are the only U-21 panel members with senior inter-county championship experience.

A total of 18 different clubs are represented in the 37 strong Limerick U-21 panel with Kilmallock, Na Piarsaigh, Ahane and Murroe-Boher all with four representatives.

Three years ago Limerick played in the Munster minor final.

Those Limerick minors were managed by Leo O’Connor and coached by Anthony Daly - current U-21 manager Pat Donnelly and current U-21 selector Brian Foley were 2015 minor selectors.

That U-18 side lost to Cork in round one but then regrouped to beat Waterford in a play-off and reversed the Cork result in the semi final. In the Munster MHC, Tipperary scored four late points to deny Limerick a hat-trick of minor crowns; 0-20 to 0-17 in Thurles. In the All Ireland quarter final, Limerick lost to eventual champions Galway.

Seven of team that started the 2015 Munster MHC final loss are not involved in the current 37 man U-21 panel - three of the seven McNamara, Jack O’Grady and Conor McSweeney were U-21 winners last season but are not involved this year for varying reasons.