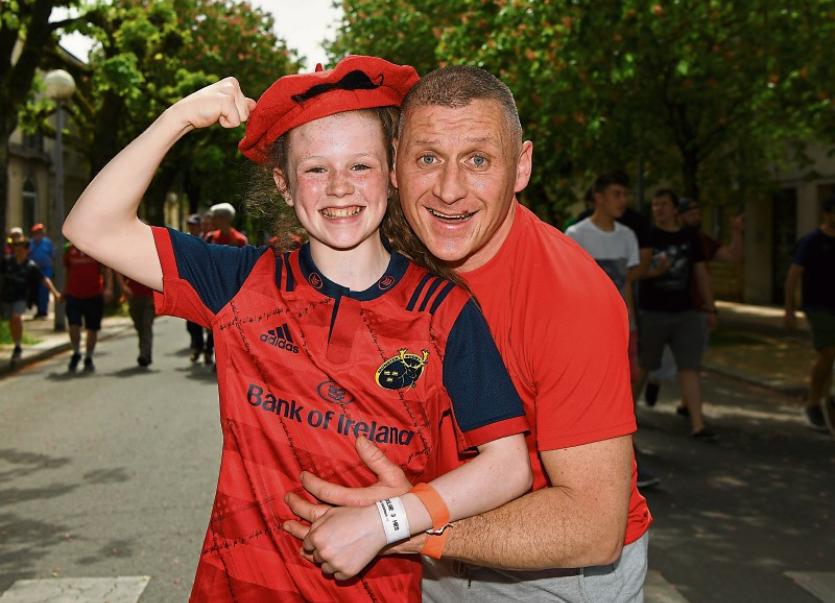 Munster supporters Saoirse Casey, aged 11, along with her father Steve, from Castleconnell, pictured in Bordeaux on Sunday cheering on Munster

THE charter flight carrying the Munster rugby squad home from Bordeaux touched down at Shannon Airport just before 11pm on Sunday night.

Earlier, the players were applauded through the terminal building at Bordeaux Airport by their loyal supporters making their way to the departure gates to catch flight LS6573.

The players had the look of bitter disappointment etched in their faces as they passed through the airport along with members of the victorious Racing 92 squad.

Upwards of 6,000 Munster fans travelled to the South West of France for the Champions Cup semi-final showdown.

Fans basked in the warm sunshine as temperatures reached up to 28 degrees on both Saturday and Sunday in the wine capital of the world.

Eleven-year-old Saoirse Casey and her father Steve, from Castleconnell, were enjoying their Bordeaux trip ahead of kick-off.

Steve Casey said: “We arrived in Bordeaux this (Sunday) morning on a day trip out of Shannon.

“Saoirse jumped on board at the last minute. Her brother Cian was meant to come with me but he had a Limerick minor hurling game this afternoon, so he had other priorities.

“Saoirse jumped at the chance of joining us on the trip. We go to all the trips in Thomond Park together.

“The weather is sapping here. It’s our first time in Bordeaux. It’s a whistle-stop tour for us.

“It is a nice place, pretty relaxed. It’s great to get some sun on the bones after a long winter back home. 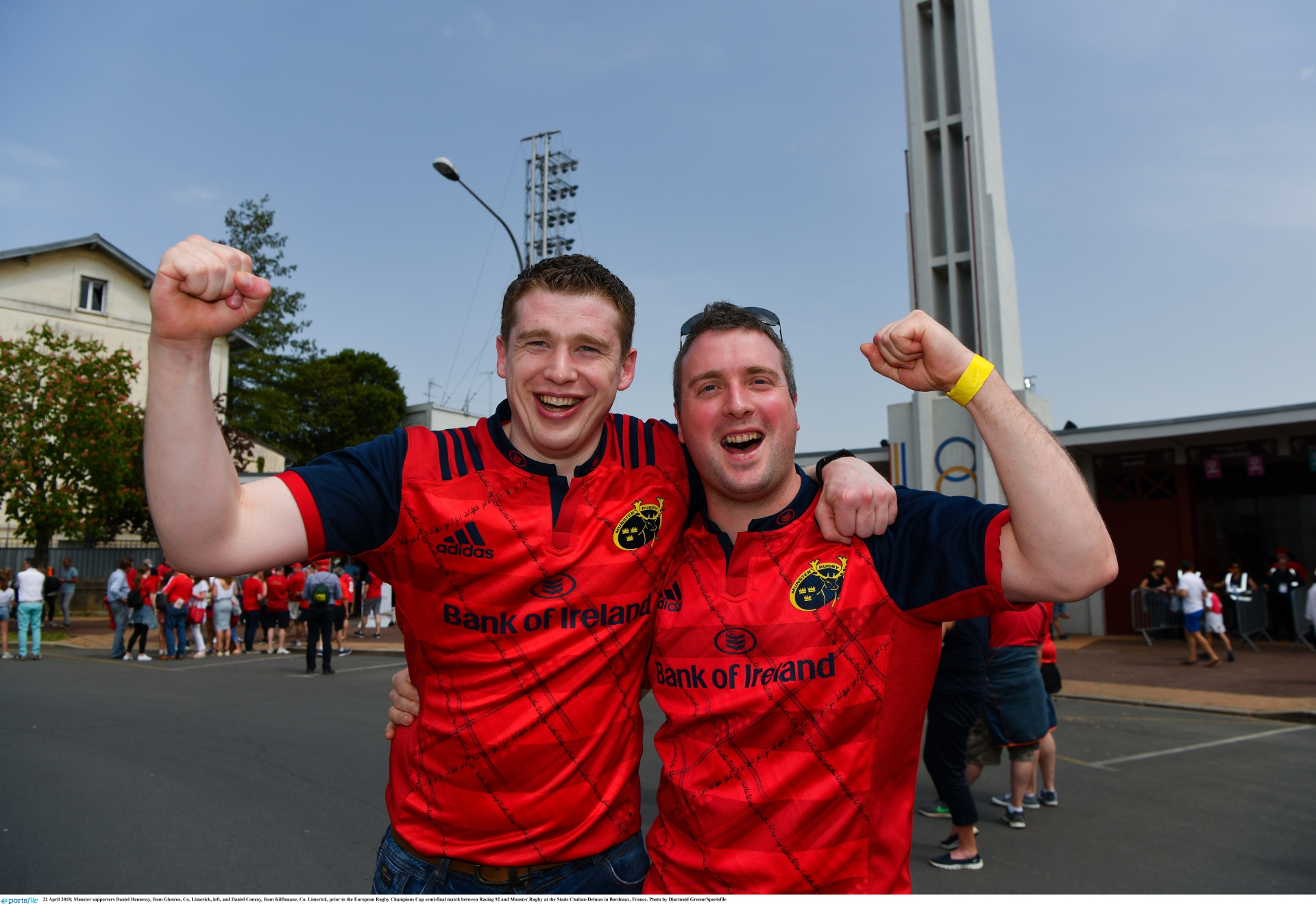 “The levels of support Munster has in incredible. Year on year they just keep supporting the side.”

Daniel Hennessy, from Glenroe, flew from Cork on Sunday morning.

“Our flight was at 8am this (Sunday) morning and we arrived in Bordeaux around 10.30am. We have been enjoying it so far. We’re really hoping Munster can win today.

“We go to all the Champions Cup games.”

Daniel Conroy, from Kilfinnane, has been a Munster supporter ‘for as long as I can remember.’

“I have always been going to the games, including a lot of the trips abroad.