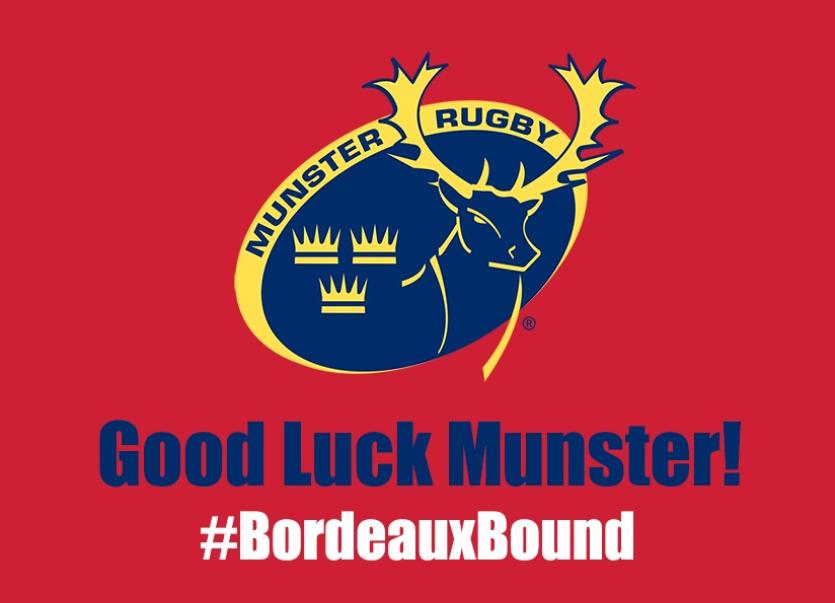 MUNSTER will look to end a five-game losing run in European Cup semi-finals this Sunday as the province locks horns with old rivals Racing 92 in a heavyweight semi-final showdown in Bordeaux.

Munster will be looking to reach a first Champions Cup final in 10 years, with arch rivals Leinster already booking their place in the decider at San Mamés stadium in Bilbao on May 12 following their impressive semi-final win over the Scarlets on Saturday.

Temperatures are expected to soar to 28 degrees by kick-off time at the Stade Chaban-Delmas, 3.15pm Irish time, and tournament organisers, EPCR are contemplating stopping the game for water breaks in order to help the players cope with the heat.

Estimates put the size of the Munster support at the game in Bordeaux between 6,000 and 8,000. However, the two-time winners are set to have more fans at the game that designated home team, Racing 92, from Paris.

Munster's appearance in a 13th Champions Cup semi-final is a tournament record.

The Irish province has lost all five of their most recent semi-final appearances.

Munster number eight CJ Stander said the province's poor record in semi-finals over the past 10 years had been mentioned in the lead-up to the game.

"I think it's going to be a tough game, certainly the weather is a factor of us. We've played together a few times over the last few years and we always know what each other is going to do, so we're looking forward to it."