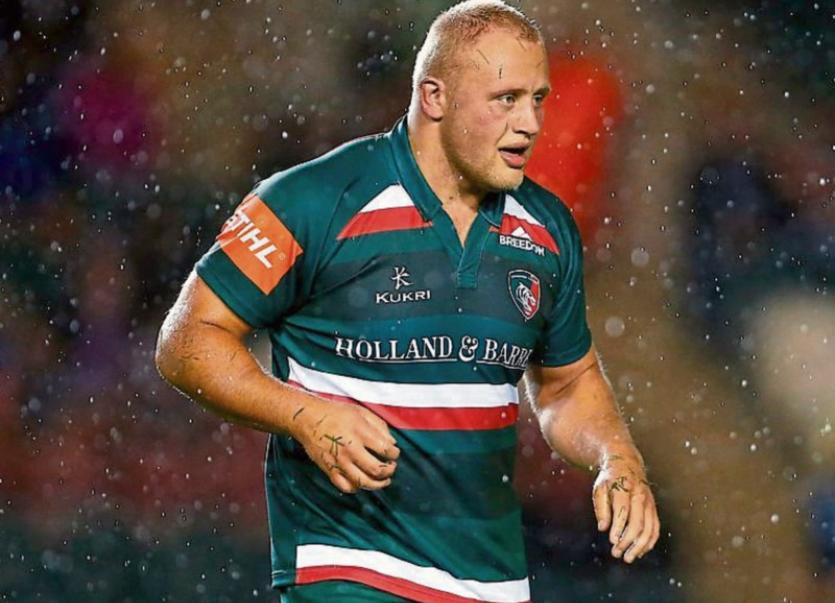 LIMERICK prop Ben Betts ‘can’t wait for the challenges that lie ahead’ next season at English Championship highflyers Ealing Trailfinders.

Former Ireland Under-20s tighthead prop Betts joined Leicester in the summer of 2016 and has made five first-team appearances as well as playing in the Premiership ‘A’ League and with Loughborough Students in National League rugby.

The Limerickman made his Champions Cup debut for Leicester Tigers in their Champions Cup fixrure with Castres Olympique in France in January.

“I’m very excited to join a club with huge ambition and can’t wait for the challenges ahead with Ealing Trailfinders,” Betts said.

Ballyhahill man Betts, started his career with Estuary RFC at the age of eight before moving to Young Munster where he spent eight seasons. He was starting tighthead prop for the Ireland U-20s side in their march to the Junior World Championship final in 2016.

He played for Munster at youth, under-19 and under-20 levels and gained two caps for Ireland Under-19s before progressing to the under-20s, who reached the final of the World Junior Championship in Manchester during the summer of 2016.

Betts was in the Munster sub-academy in the 2015/2016 season but wasn't offered a place in the academy the following season which opened the door for English giants Leicester Tigers to table an offer.

Betts made his senior debut for Leicester in their Anglo-Welsh Cup fixture against Northampton Saints at Welford Road in January 2017.

The West Limerick man continued his rugby development when spending a month with the University of Sydney last May before returning to Tigers in time for pre-season training.

Ealing Trailfinders Director of Rugby, Ben Ward says Betts is a great addition to the squad for next season.

“Ben has been playing at the highest level with Leicester and we are confident that he will thrive in our environment.

“Our set-piece has been the foundation for our success this season and with Ben’s arrival amongst others it will only get stronger next year.”