WATCH: Shannon celebrate promotion back to Division 1A of Ulster Bank League 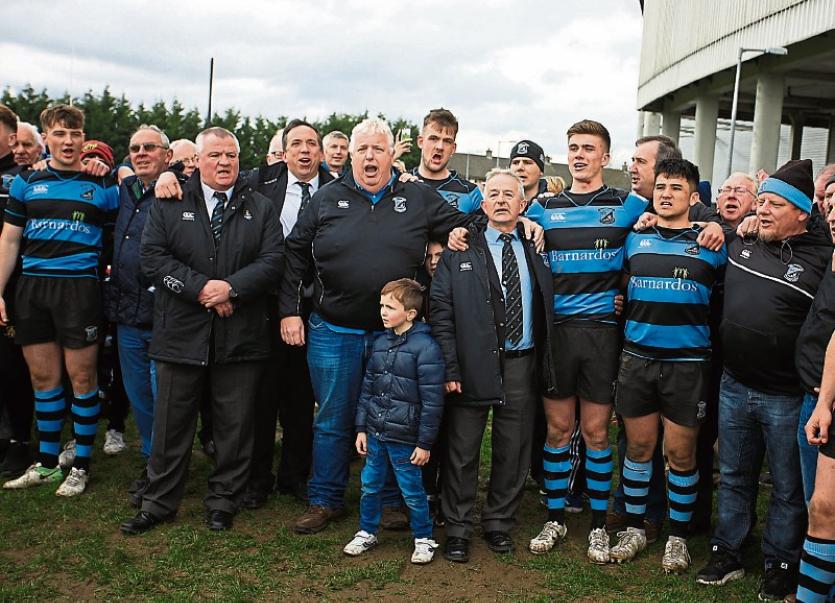 SHANNON RFC head coach Tom Hayes said their promotion to Division 1A of the Ulster Bank League was just reward for the players’ hard work and dedication.

Shannon claimed the Division 1B title – and with it promotion back to the top flight after a five-year gap – after recording a crushing 40-17 win over UCC at Thomond Park’s back pitch on Saturday.

Nine-time Ulster Bank League Division 1A winners Shannon were relegated out of the top flight in 2013 when suffering a 42-0 thumping in a play-off game against UCD in Coonagh.

However, the Parish side bounced back in style this season, winning the Division 1B title, finishing two points ahead of second-placed Banbridge.

Shannon’s promotion means there will be three Limerick clubs competing in the top flight next season.

Head coach Tom Hayes said: “We’re back where we want to be and we’ll enjoy the moment.

“We’ll take stock fairly quickly and prepare for next season. I was not necessarily worried when we went down 14-3 (against UCC).

Some great celebrations in the dressing room following yesterday's match. Stay tuned for all the highlights from the day pic.twitter.com/TlLi150OuI

“As long as we were able to get back on script we were ok, we managed to grab hold of the game and get a foothold and that bit of control certainly helped us.

“We are back now where we like to be, at the top level. Whoever is there deserves to be there and I think our lads deserve it for the work they put in.”