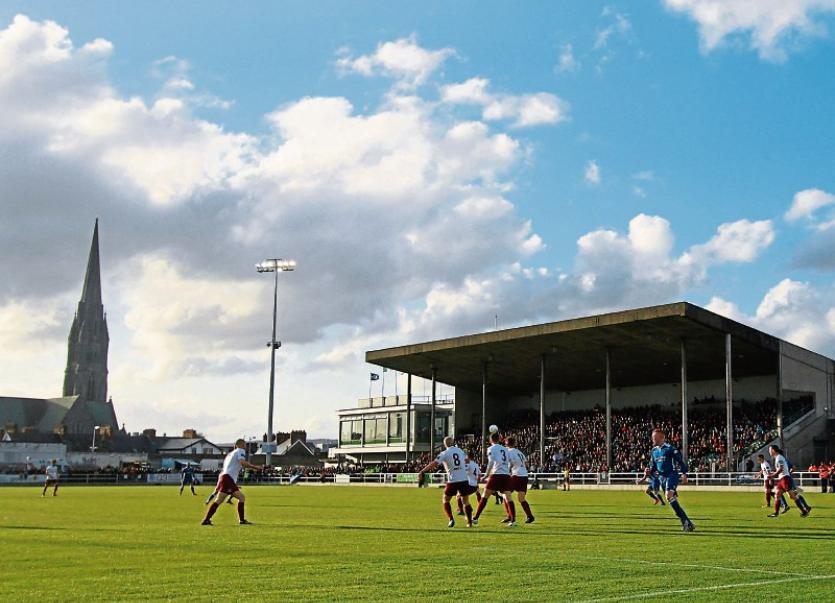 LIMERICK FC’s players were adamant that Sligo Rovers stunning opening goal in their 2-1 win at the Markets Field on Saturday night should not have stood.

The Limerick players believed the ball was moving before the quick-thinking Rhys McCabe fired Sligo in front on 58 minutes, when scoring from a free-kick from inside his own half, spotting Brendan Clarke off his line.

The Limerick FC players and supporters protested that the ball was moving when McCabe struck it from all of 60 metres from the Blues goal, but their pleas to have the goal disallowed fell on deaf ears.

The SSE Airtricity League tweeted video footage of the goal on Sunday evening, so fans can make up their minds on whether it should have been chalked off.

What a goal from @SligoRoversFC's Rhys McCabe from inside his own half! pic.twitter.com/5A6mrJd6fC

Ninth-placed Limerick did manage to pull a goal back through substitute Daniel Kearns on 89 minutes, but Sligo held on to record a fully-merited victory.