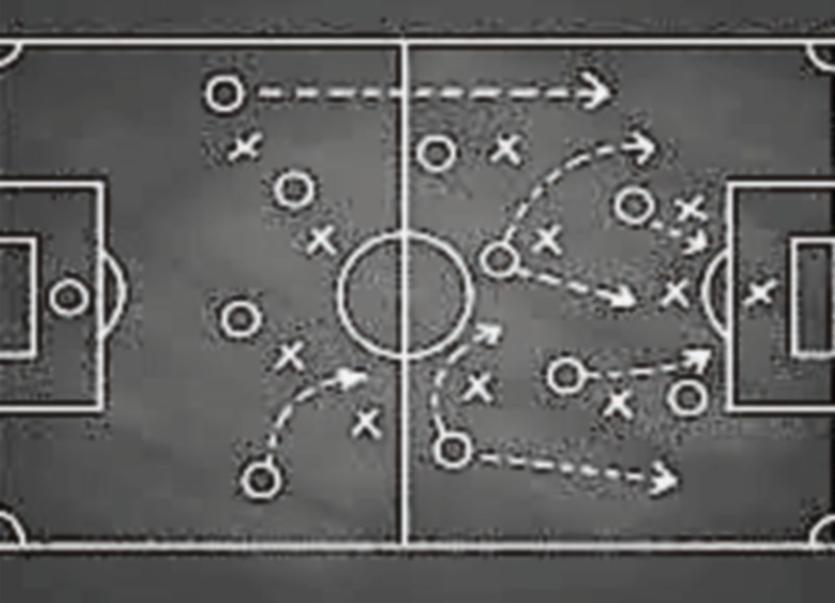 TWO avoidable goals conceded on a night to forget in the Markets Field on Saturday when Limerick FC dropped into the bottom two positions of the premier division left Super Blues supporters feeling blue.

A poor performance overall where Tommy Barrett’s men only really played in sporadic patches and only exerted the required amount of pressure to breach the Bit o’ Red when it was all too late.

Employing the 3-5-2 formation that I believe gives the team the optimum chance of winning games Limerick seemed destined to take the game to their opponents but despite a promising start to both halves never showed the attacking prowess that was likely to keep them above Sligo in the table.

The centre back trio of Cantwell-Whitehead and the commanding Darren Dennehy lack a ball playing centre back to start off attacks from defence but are solid defensively although Killian Brouder must be wondering what he has to do to get into the starting 11 at the moment having done very little wrong in he’s few appearances to date.

Into the centre of the pitch and I believe we now have as good a midfield selection as anyone in the bottom half of the table. Duggan continues to try every game to drive the team forward even when others around him seem to be leaking belief.

Conor Clifford showed everyone what he a player he is on he’s debut after a long lay off. Technically sound, the former Chelsea player seemed a step ahead of opponents at times turning out from throw ins in each half leaving markers in he’s wake was a glimpse of the real quality he possess and if Cian Coleman is allowed do what he does best, shielding and protecting then we have a solid engine room with Eoin Wearen and Barry Maguire both nearing full fitness also.

It doesn’t take a UEFA diploma to realise that our big problems lay in the final third but one must consider the role our wing backs are playing as attack providers in this system. For me against Sligo, I didn’t see either of our wing backs in the opposition half with good possession at all never mind often enough.

The starting positions of these players must be high and wide in the opposition half with our deepest midfielder dropping into defence on transition giving the team a defensive quartet to deal with opposition attacks. Is the fear of conceding hampering the wing backs approach?

The first goal in every game in this league is absolutely crucial and maybe the fear of going behind is preventing Limerick from getting full use from their wing backs as attack providers and also to be the back post player when a cross is coming from the other side of the pitch.

I do feel that both Shaun Kelly and Billy Dennehy have the capacity to go up and down but one might consider Will Fitzgerald in the wing back position also which would allow a switch for Billy Dennehy to second striker. Billy could be the answer to the search for the goals required to keep us competitive in this league as the season goes on.

While sitting in the bottom two positions isn’t good one can be positive and consider with players coming back to full fitness and the addition of Conor Clifford in front of a defence that could become solid protecting a top class keeper in Brendan Clarke and if by chance when the transfer window opened another Clarke was convinced to trade Junior football for senior the worries might just ease further.