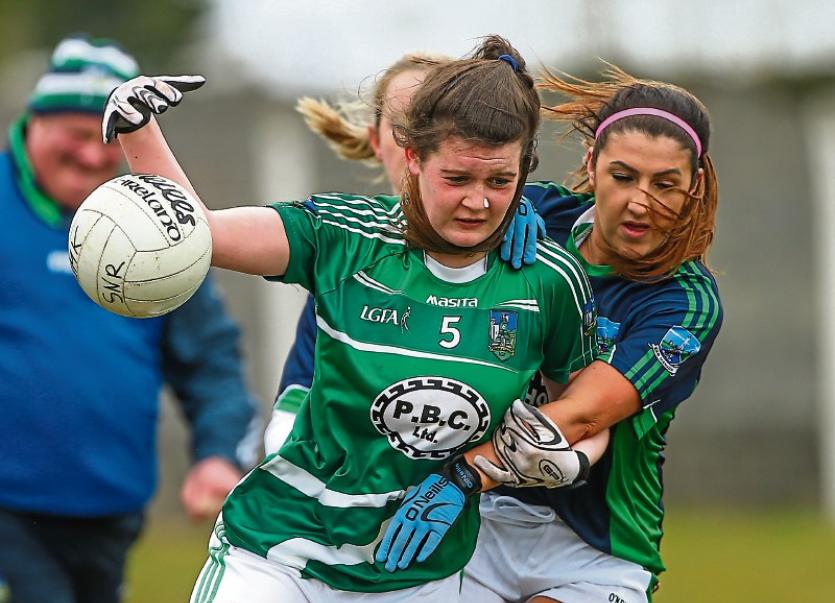 LIMERICK booked their place in the semi final of the Lidl Ladies National Football League Division Four with a 2-5 to 0-5 final group game win over Fermanagh.

The Easter Sunday win in Askeaton advances Limerick to an April 21/22 semi final with Louth.

Managed by John Ryan and coached by Jim Moran, Limerick were without the injured Olivia Guiltenane and unavailable Clíodhna Ní Cheallaigh and Áine McGarth for this Fermanagh  game.

Captain Cathy Mee hit the back of the net after two minutes. Clodagh Mc Garth got our first point nine minutes into the game and Catriona Davis drove through the Fermanagh defense shortly after to give Limerick their second goal.

Mairead Kavanagh got Limericks second point and Catríona Davis kicked 2 frees over the bar before the halftime whistle. Fermanagh had only three attempts at the Limerick upright in this half, two of which went wide because of Limericks defence but did get one point just before the end of this half.

With Limerick now 2-4 to Fermanagh 0-1, the Treaty Ladies needed to keep the memento up as they now faced a strong breeze. Limericks management had to accentuate in the dressing room, that Fermanagh were the All Ireland Junior Champions for 2017 and not to underestimate them heading into the last 30 minutes.

Fermanagh opened the scoring with two consecutive points on the 36th and 37th minutes and went on to notch up 3 more points. The bombardment of the Limerick Ladies defensive tactics, bringing Kristine Reidy back from corner forward, gave little to no hope of Fermanagh testing Limerick goalie Karen O‘Dwyer. Catríona Davis got Limericks only point in the second half mid way through while a shot from Mairead Kavanagh was saved by Fermanagh’s Donna Owens.