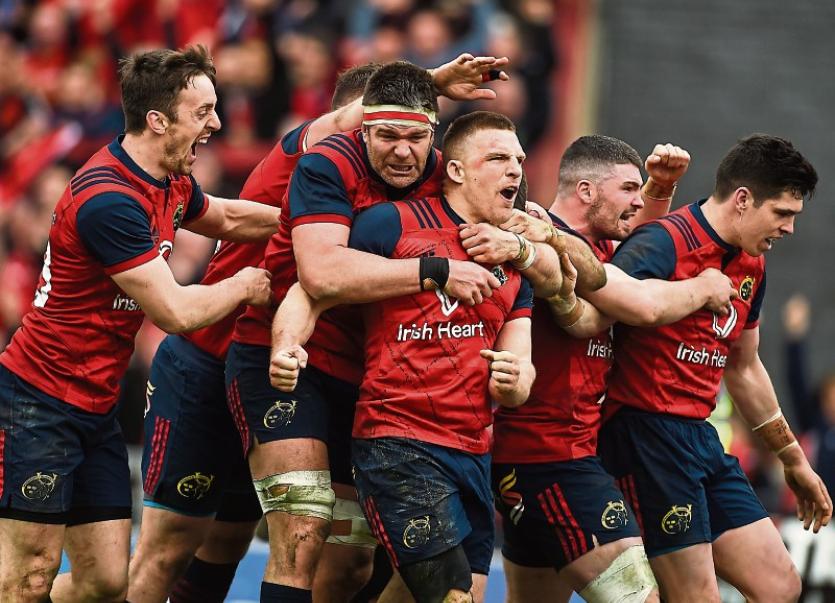 Toulon, who dominated possession and territory for long stages of a nail-biting game, looked all set to become just the second away side to win a quarter-final at the Limerick venue in 10 attempts when leading 19-13 inside the final six minutes.

However, Conway’s terrific solo try edged Munster back into the contest and out-half Ian Keatley duly added the match-clinching conversion.

The French visitors kicked themselves into an early 6-0 lead but an opportunistic try from Conor Murray and five points from Ian Keatley handed Munster an unlikely 10-6 advantage at the break.

Munster stayed in front until the 65th minute when Chris Ashton scored under the posts, a lead that was extended when Francois Trinh-Duc kicked a penalty three minutes later.

However, Munster appearing in a record 17th quarter-final, claimed the spoils late on to set up a semi-final clash with either Clermont Auvergne or Racing 92 in France in three weeks’ time.

This just has to be enjoyed. Sensational from Andrew Conway. #MUNvRCT pic.twitter.com/kRavabMZjA