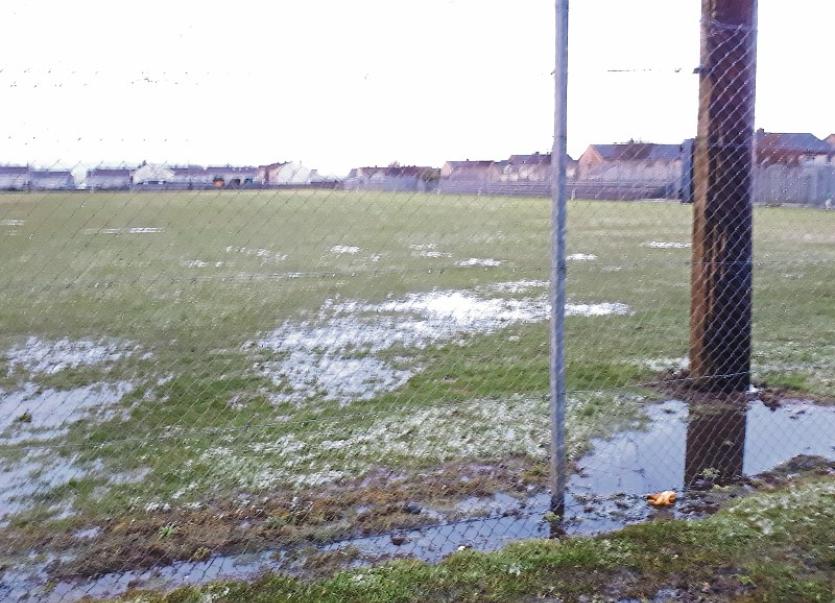 The city derby meeting of Monaleen and Na Piarsaigh in Group 1 at Claughaun was called off at half-time by the match referee on health and safety grounds with pools of water lying on the playing surface after a combination of a heavy hail shower and rain which continued throughout the opening half.

All four seasons were experienced at the match venue in a little over half an hour with sunshine, rain, hail, thunder, lightning and even a few snowflakes falling.

Monaleen led the game 1-3 to 0-1 at the break with Na Piarsaigh set to begin the second half with 14 players after a sending off for two yellow cards just before half-time.

The Monaleen goal was scored by Daniel Enright after just two minutes. Enright also added a point, while Graham O'Connell and Brian Carson also raised white flags for the Castletroy side.

Eoin Hogan had kicked Na Piarsaigh’s only point from a seventh minute free.

Neither side managed to score in the final 20 minutes of the opening half as conditions deteriorated.

Meanwhile, champions Adare opened their Group 1 campaign with an impressive 2-11 to 0-8 win over Dromcollogher-Broadford in Knockaderry.

A second Adare goal from Robbie Bourke goal from a penalty on 44 minutes after Charlie McCarthy was fouled put the game beyond Drom’-Broadford as the champions raced into a seven-point lead, 2-8 to 0-7.