Heartbreak for Na Piarsaigh in All Ireland final replay 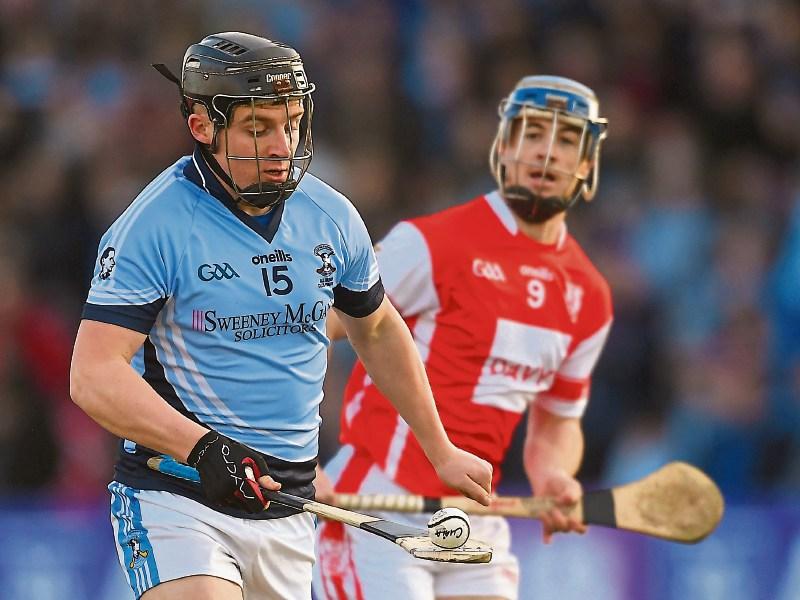 HEARTBREAK for Na Piarsaigh in this Saturday’s replay of the All Ireland club hurling championship final.

Cuala led from the opening quarter until Na Piarsaigh finally hit the front in the final minute.

But fighting back from two early second half Cuala goals was too much and Na Piarsaigh couldn’t push towards the final whistle and Cuala scoring the final four points.

Na Piarsaigh opted not to make any change to their starting team from the St Patricks Day drawn final, keeping Tommy Grimes and Conor Boylan in reserve on their return from suspension.

Na Piarsaigh trailed 0-10 to 0-9 after an opening half that was end-to-end and played at a great tempo with the breeze not a major factor. The sides were level on three occasions up to the mid-point of the half but then the south Dublin med led from here to the break with a fun of four unanswered points setting the tone.

It was a half when Adrian Breen hit four points from play and Na Piarsaigh had five wides.

Two early Shane Dowling frees had the game level at 0-2 each with eight minutes played.

When Adrian Breen had successive points Na Piarsaigh were ahead for the only time in the half.

Leaving Certificate student Jerome Boylan hit back but Cuala were on the forward foot at this stage.

Dowling and Breen again hit points from play and it was a one-point game from here to the interval.

Breen’s fourth and an injury time point from Kevin Downes ensured just the minimum between the teams at the break.

In the first minute of the second half Na Piarsaigh lost full back Mike Casey to injury and before they could adjust Cuala had two goals to lead 2-11 to 0-11 with just eight minutes gone in the second half. Nicky Kenny had the first goal to punish a defensive error and within a minute Mark Schutte added another goal.

Almost immediatley Kevin Downes almost hit back with a goal but his drive crashed off the crossbar and over.

Adrian Breen steadied the ship and then sub Gordan Browne addded another point as momentum moved towards the Caherdavin men again.

Then came the David Breen goal – made for him by Shane Dowling.

It then fell to Peter Casey to tie up the game for the sixth time with seven minutes to play in this Portlaoise rip-roarer – Na Piarsaigh 1-15 Cuala 2-12.

The Dalkey side went 14 minutes without a score but Na Piarsaigh didn’t go ahead and a David Treacy free nudged the men in red back ahead only for David Dempsey to again level with three minutes left to play.

Na Piarsaigh did finally get ahead – one minute was left when a Dowling free moved them in front for the first time since the opening quarter.

Then Cuala raced off the winning line – Con O’Callaghan levelling for the eighth time and points from two David Treacy frees and one from Mark Schutte securing back-to-back titles for the Dalkey side.