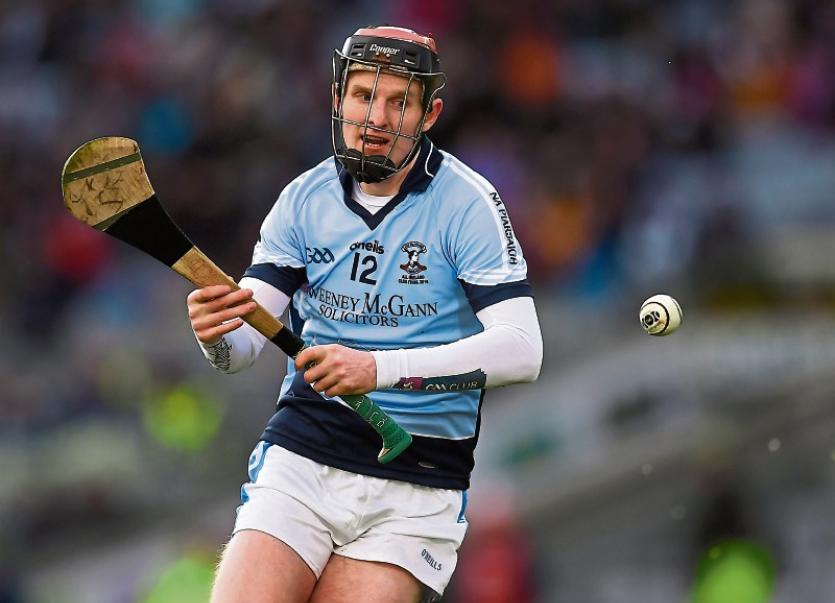 NA Piarsaigh will go “hammer and tongs” in search of glory in Saturday’s All Ireland club SHC final replay, according to David Dempsey.

The 23 year old was TG4 Man of the Match in St Patrick’s Day drawn encounter and vows that the Caherdavin side will be ready for another tilt at the Tommy Moore Cup title in Portlaoise this Saturday (5.30).

“We will go away and recover this week and go hammer and tongs at it again next week,” said Dempsey, who started in attack but played much of the final in midfield.

”It’s another day out for us and no team has lost,” he stated.

”Before the game if you were told that you had another day out in an All Ireland final you wouldn’t say no. We have another chance – the All Ireland title is still up for grabs,” said Dempsey, who scored two points and created the David Breen goal.

“They had it last year and we had it the year before – the last two All Ireland champions. We will give it a lash again.”

The secret to the Na Piarsaigh success?

Dempsey explained: “Playing into that stiff breeze in the second half they got a run on us for 10/12 minutes but the way we were replied was unbelievable and that is what we have being doing for the last three or four years and it’s nothing know”.

The stats do of course show that Na Piarsaigh were leading and it was Cuala that levelled at both normal time and at the end of extra time – both with frees.

”We let it slip in normal time and we were very disappointed with that last minute goal,” said Dempsey.

”We felt we had it in normal time and its obviously very disappointing but we regrouped very well and I thought we were the better team in extra time but it wasn’t meant to be.”

Team captain Cathall King also accepted this side were disappointed.

”There is a little bit of disappointment that we didn’t pull through at the end,” said the centre back.

“We have to stay upbeat – we are not out of it and we just have to go at them again next week and give it our all again and hopefully have a better bounce of the ball.”

The captain insists that a replay won't faze his side. They have after all, have had a replayed Munster club final and plenty of extra time games in recent seasons.

“We have done it before and that’s how we felt coming up here,” he said.

“We have full confidence in ourselves and we have the two boys back the next day – we are adding strength to what we were today,” said King referencing the return of Tommy Grimes and Conor Boylan after suspension.

”We are looking forward to it.”

There is plenty of room for improvement according to King.

”We put a lot of balls wide compared to lets say the last time (2016 final) we were up here so there is definitely another kick in us.”

What of the drawn game?

”It was manic – Croke Park is that way and there were two even teams and people are everywhere and you are roaring at people and they just can’t hear you so communication is a big thing on a day like today,” he explained.

”They reacted pretty well to both goals so credit due to them that they didn’t lie down.”

With Cuala scoring a last gap goal from a 21-metre free to force extra time, Na Piarsaigh could have faltered but the captain said all was calm in the dressing room.

”We were upbeat – we have come back from big deficits and we led a lot of that match so I don’t think we were every really worried,” outlined the 2016 All Ireland winning captain.