Na Piarsaigh manager Shane O’Neill: "I thought we were the better side" 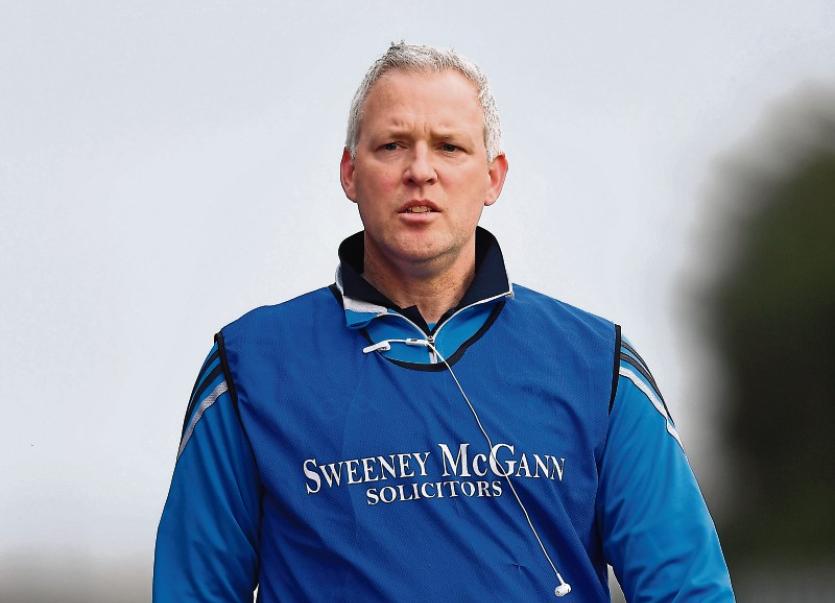 “I thought we were the better side,” said Na Piarsaigh manager Shane O’Neill beneath the Hogan Stand.

Twice his side looked set for Tommy Moore Cup glory and O’Neill didn’t shy away from expressing disappointment at the display of referee Colm Lyons of Cork.

“I felt if some decisions or a couple of decisions went our way, that we would have won but look that happens and we deal with it and drive on,” said O’Neill.

“There were a lot of things that I didn’t think were frees,” he explained.

“I would say that he would be extremely disappointed with his own performance,” said O’Neill of Lyons.

“It was a bit of an anti-climax because when you are playing in an All Ireland final you are expecting a result one way or the other. Obviously we are happy that we haven’t been beaten but I think Cuala got the last score in ordinary time with the goal and then the last score from a free in extra time,” outlined O’Neill.

Offering further analysis, he felt the rub of the green evaded his side on St Patricks Day.

“They had a bit of fortunate - one of our lads got a heavy hurley on it and nearly kept it out but it seemed to creep over,” he said of the injury time Cuala goal to force extra time.

”As a management team we are just delighted and so proud of the boys because that was a real battle from start to finish.”

He explained: “We knew which way they would set up and it worked fairly well for us, particularly in the first half with guys working strong and Alan (Dempsey) had played very well. Then (second half) they got five points in a row so we knew we had to make some sort of change and it worked for a while.”

Con O’Callaghan was the star man for the Dublin side enroute to this final with 3-12 from play since their Dublin SHC final win.

“I thought we dealt with Con quiet well,” said O’Neill.

“We didn’t have to say much going into the two periods of extra time because we looked extremely fit and they had fellas falling all over the pitch whereas we had the same 15 and were still standing strong - we had the same a few years ago with Oulart The Ballagh in extra time so we had no fear.”

David Dempsey was the TG4 Man of the Match.

“David struggled badly going into the Slaughtneil game with a long term injury but is coming back to his best now,” said the manager.

He also had a word for Jerome Boylan – the Leaving Cert student playing corner back.

“For a young fella he was outstanding - he is still in school, which is phenomenal. He is a big lad and well able to look after himself.”

For the replay, Na Piarsaigh’s options are bolstered with the return from suspension of Tommy Grimes and Conor Boylan.

”Stronger – on paper anyway; but you never know what can happen as we saw today,” said O’Neill

The two suspended players were newcomers to the Na Piarsaigh line-up this season so therefore 13 of their 2016 All Ireland Final team once again started.

The Cathall King captained side used 23 different players on this journey to Croke Park and used 18 last Saturday in the final.

On March 17, the Limerick side became just the 20th club to reach the showpiece for a second time.

In the replay they bid to join an elite list if just 10 clubs who have won two titles or more. The Tommy Moore Cup has been won by 26 different clubs with Ballyhale Shamrocks leading the way with six wins.

Only five times has an All-Ireland club final been contested by former winners of the championship – in 1998 when Birr defeated Sarsfields, in 2000 when Athenry saw off St Joseph’s, in 2005 when James Stephens overturned Athenry, in 2008 when Portumna overcame Birr and in 2010 when Ballyhale bettered Portumna.

But St Patricks day was the first time the two immediate previous winners of the title took on each other in the decider.

All roads now lead to Portlaoise on Saturday (5.30).